A message from Chief Greenwood: One week after the Barrie tornado 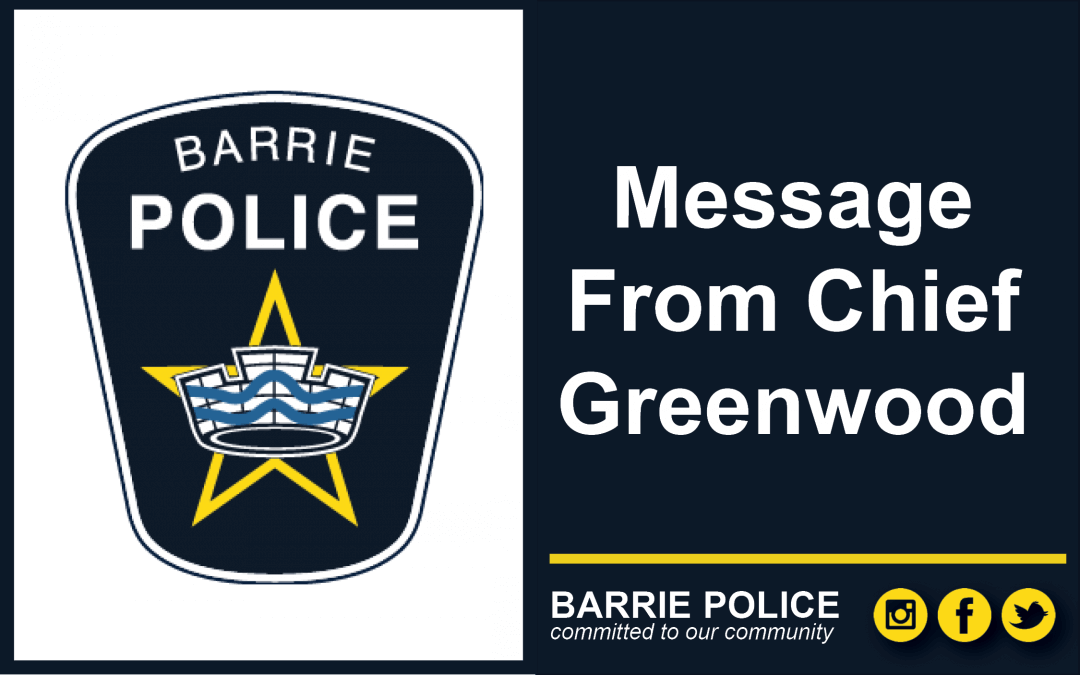 It is hard to believe it has been a week since southeast Barrie was struck by an EF2 tornado, causing significant damage to homes and businesses in the area. As the residents in the area begin to rebuild, I wanted to take an opportunity to share my admiration for our community and those affected by this event.

Even as residents emerged from their homes and began to check on neighbours, donations were already pouring in. This is a true testament to the nature of our city and the desire to support one another. We know those who live in the area will have a long road to recovery ahead of them, but I hope they know they are walking that road with the full support of their community behind them. The Salvation Army has been coordinating all the donations that have been received as well as financial donations. There is no doubt that these donations made a significant impact on those affected by ensuring they had the supplies they needed in the aftermath.

Volunteers from Victim Services of Simcoe County were on scene, working closely with families affected by the tornado to offer support, assistance and provide information on additional resources. I was also touched to hear of the volunteers going above and beyond, to help arrange for donated birthday presents for an 11-year-old girl and a donated ice-cream cake for a 16-year-old boy. Every day I hear of another act of kindness that has taken place by these, and other volunteers.

We also send our most sincere appreciation to our first responder partners who rushed to the scene to assist that afternoon, irrespective of municipal boundaries. Joining the Barrie Fire and Emergency Services, County of Simcoe Paramedic Services and Barrie Police Service were the South Simcoe Police, multiple detachments of the Ontario Provincial Police, and York Region Paramedic Services. Unfortunately, this is the kind of emergency we all train for, and the assistance from beyond our city ensured that our response could be effective and immediate.

I want to also thank the members of the Barrie Police Service. Our on-duty members rushed towards the scene, working through the ongoing rainstorms to carry out their roles. They stayed late, arrived early for night shift, came in on days off, and canceled vacations, all to ensure they could offer the community the support that was needed. Whether it was on-scene, administering first-aid to those injured, going door-to-door to confirm everyone was accounted for, coordinating resources and response from our headquarters, or responding to occurrences that continued to take place throughout the rest of the city, our members answered the call without hesitation.

This event was devastating for our entire community, and especially those who live in the affected area. We are thankful that there was no loss of life, and we hope for a quick recovery for those who were injured. We know that moving forward, City staff and partners are working in the best interest of our community to rebuild and recover. The Barrie Police Service will continue to have a presence in the neighbourhood and will be working with the residents as we move forward.

On behalf of the Barrie Police Service, I thank everyone who was a part of the response and will continue to be part of the recovery. Your actions have shown those far beyond our borders, the strength of our community in the City of Barrie. 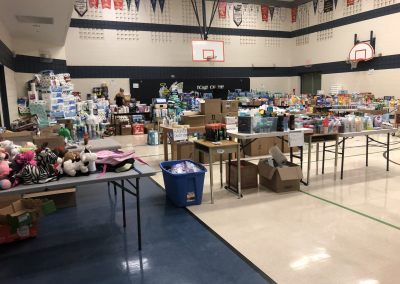 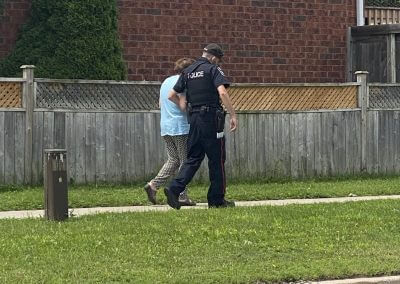