Arrest Made in Historical Homicide Investigation 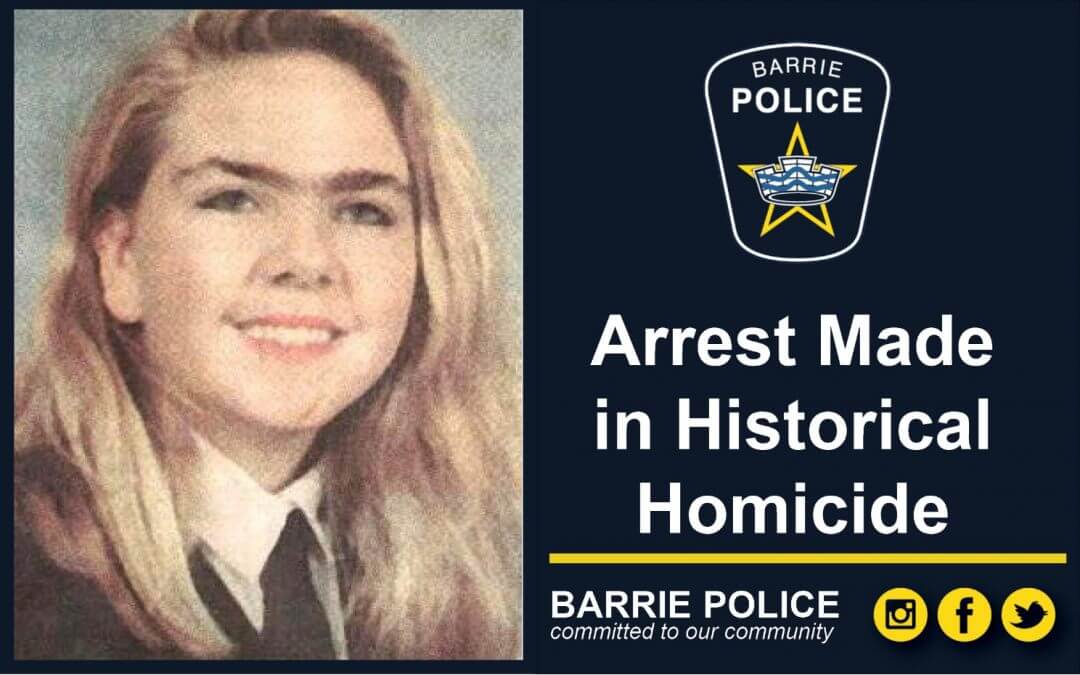 On Monday, October 10, 1994, 20-year-old Katherine Janeiro was found deceased in her apartment at 258 Dunlop Street West, in the City of Barrie. A post-mortem examination was conducted, and the cause of death was determined to be multiple stab wounds.

The investigation into this murder has continued over the last 26 years and the arrest was prompted by new information received by the Homicide Unit approximately one year ago.

The Case Manager, Detective Kevin Scales, states “in any investigation, it is important that every piece of information received is always closely examined; you just never know which one holds the key detail you are searching for and will lead your team ultimately to arrest the person responsible.”

Katherine’s daughter Dawn, who was just two years old at the time of her mother’s death provided the following statement: “I want to thank those who never gave up hope in looking for my mother’s murderer. I wish my grandparents, Dinora and Fernando Janeiro, were alive to see this day. Grief is the most familiar feeling to me. Closure on my mother’s case will help to finally bring me some peace.”

“The announcement of an arrest in a historical investigation is one that can bring about mixed feelings of emotion for the family involved. The fact that today we can hold someone accountable for the violent death of Katherine Janeiro should serve as proof that no homicide case is ever closed until an arrest is made. I commend our detectives, both past and present, for their persistent determination to see this investigation through to the end,” says Barrie Chief of Police Kimberley Greenwood.

Anyone who may have information regarding this investigation is encouraged to contact the Barrie Police Service at 705-725-7025, extension 2160.

The accused is scheduled to appear via video on Thursday, January 14, 2021, at the Ontario Court of Justice, located in Barrie, to be remanded into custody.