Arrests Made After Mischief Reported 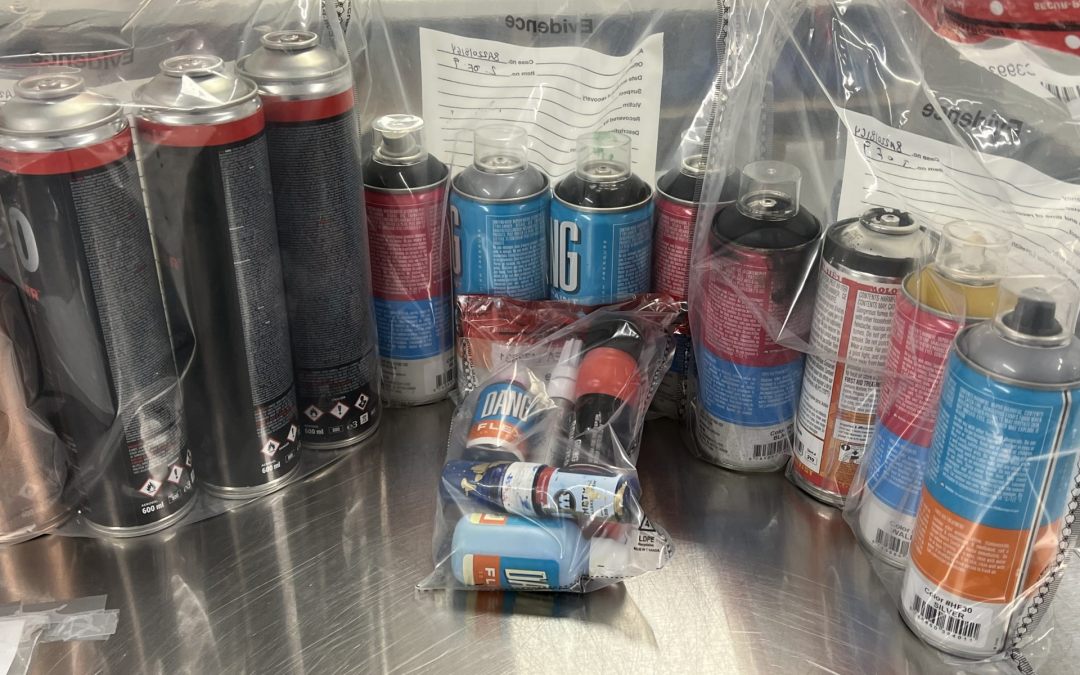 A night of tagging and spray painting ended abruptly last night shortly after 10:00 p.m. when Barrie Police responded to a Commerce Park Drive business for a report of a mischief in progress after two males were observed spray painting at the rear of a building. Upon arrival, the suspects were no longer found to be on scene, but evidence of their work and the fresh smell of spray paint lingered in the air. Responding officers did locate the two males a short distance away and an investigation was commenced.

As a result of that investigation and evidence that was located, the males were arrested for mischief and transported to Barrie Police Headquarters where the investigation continued.

Police have charged two 18-years old from Innisfil each with two counts of Mischief under $5000 and they are scheduled to appear at the Ontario Court of Justice on Wednesday, May 25, 2022, to answer to these charges.

The spray paint and other products used have been seized.