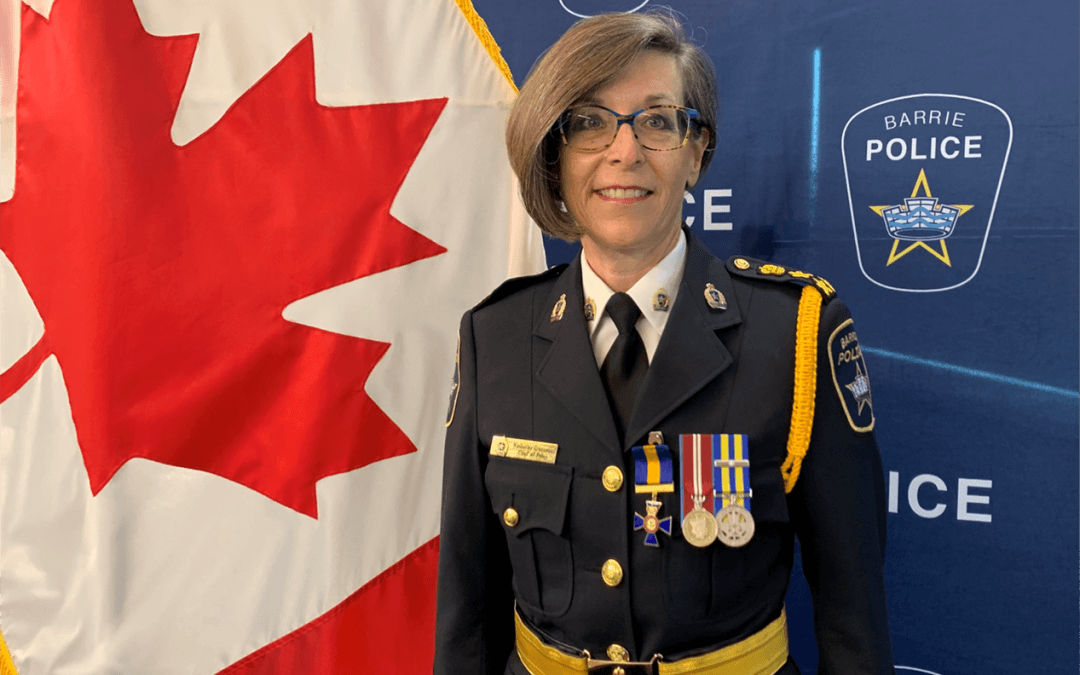 The Barrie Police Service is proud to announce that Chief Kimberley Greenwood has been appointed as an Officer of the Order of Merit of the Police Forces, an honour presented on behalf of Her Majesty The Queen by the Governor General of Canada.

The Order of Merit of the Police Forces was established in October 2000 to recognize a commitment to this country and to honour a career of exceptional service or distinctive merit displayed by officers or civilians of Canadian Police Services. Through their activities, Members, Officers and Commanders of the Order bring distinction to policing and support the concept of police cooperation in public service. The primary focus is on exceptional merit through contributions to policing, community development and fostering relationships among police forces in Canada and throughout the world and between police and the community.

On behalf of the Barrie Police Services Board, I offer our congratulations to Chief Greenwood for this recognition,” said Barrie Police Services Board Chair Greg Ferguson. “Throughout her career, Chief Greenwood has demonstrated her commitment to the communities she has served and the policing profession. We are extremely honoured to work alongside her and thank her for her dedication.”

Chief Greenwood began her career with the Toronto Police Service in 1981 and served in a variety of roles in the organization, before joining the Barrie Police Service as Chief in 2013.

In addition to today’s honour, Chief Greenwood has received the Police Officers Exemplary Service Medal and Bar, as well as the Queen’s Diamond Jubilee Medal.