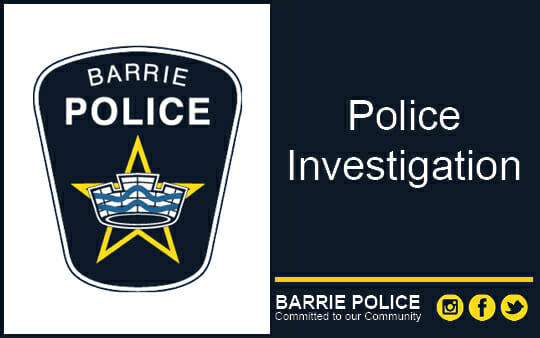 A suspect is now in custody after Barrie Police responded to a call for a firearm located at a local high school this morning.

Shortly after 11:00 a.m. today, Barrie Police responded to call from staff at École secondaire catholique Nouvelle-Alliance reporting that a firearm had been located inside a musical instrument case.

Uniformed officers attended the school, located at 249 Anne Street North, which had been placed in a hold and secure.

The suspect, who is a student at the school, left the building prior to police arrival. K9 officers along with Tactical Support Unit officers searched the school building, as well as the surrounding area in an attempt to locate the suspect.

No injuries were reported. Students were able to be picked up by their parents or guardians shortly after 2:00 p.m. Further details will be provided as they become available.

Anyone who has any information is asked to contact police or Crime Stoppers at 1-800-222-TIPS or leave an anonymous tip online at www.p3tips.com.