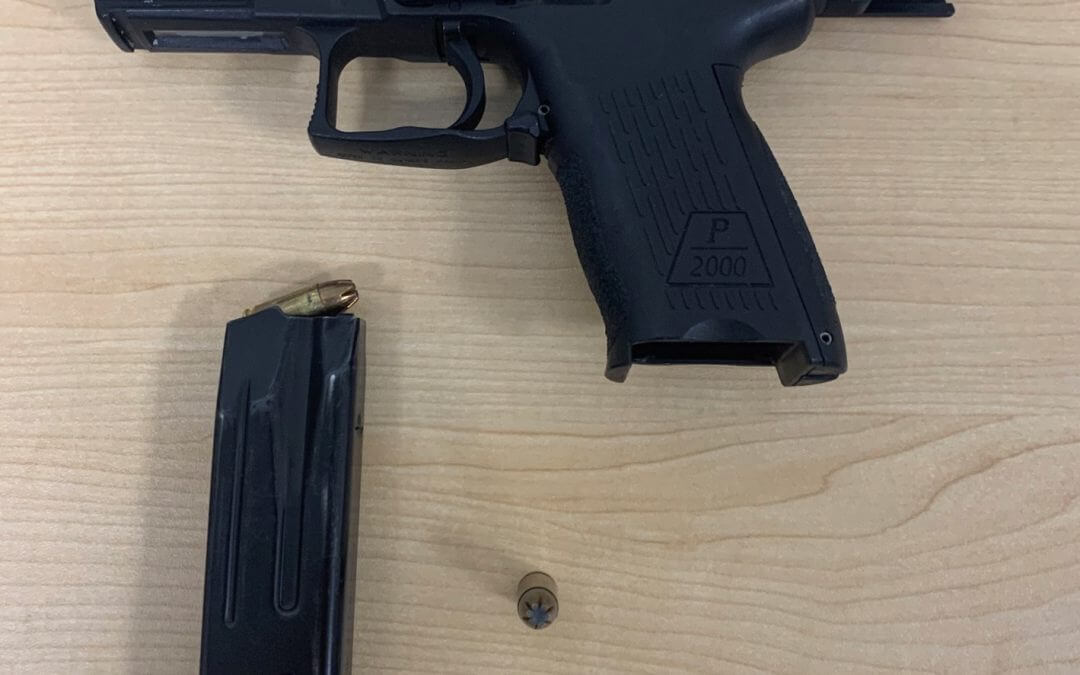 At approximately 1:00 a.m. on the morning of August 28, Barrie Police received a report of a male involved in an altercation on Dunlop Street West, who appeared to be carrying a firearm.

Police were able to locate the male in the area of Mulcaster and Dunlop Streets where he was found to be in possession of a loaded handgun, a quantity of cash and drugs. An 18-year-old Pickering male was arrested and is facing multiple weapons and drug-related charges including:

The male is being held for a bail hearing.

CCTV cameras located throughout downtown were instrumental in allowing Police who were in the area to quickly locate the suspect after receiving the initial report.