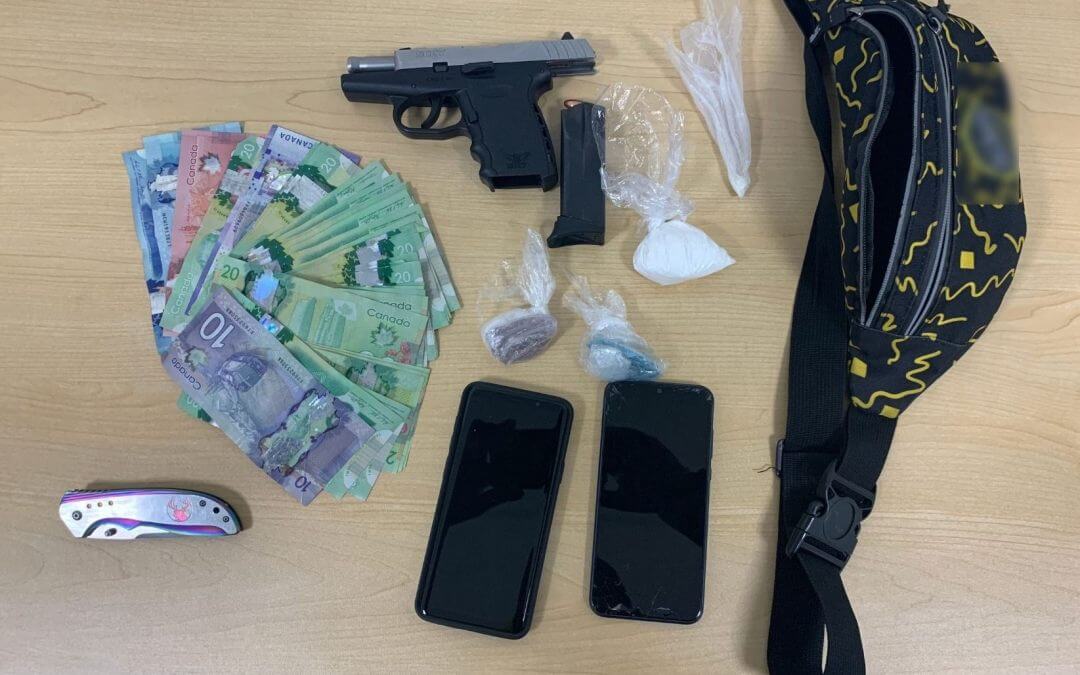 On Saturday, December 4, Barrie Police responded to a report of a disturbance at a residence in the Penetang Street and Mulcaster Street area.

Upon arrival, police observed a male in possession of a knife that was determined to be a prohibited weapon, and he was subsequently arrested.

Although he provided a false name, officers were able to confirm his proper identity, and located a loaded 9 mm semi-automatic pistol in a pouch around his waist. Police also located several bags of suspected fentanyl and suspected cocaine.

A 29-year-old Barrie male was held for a bail hearing, and is now facing more than a dozen charges including: