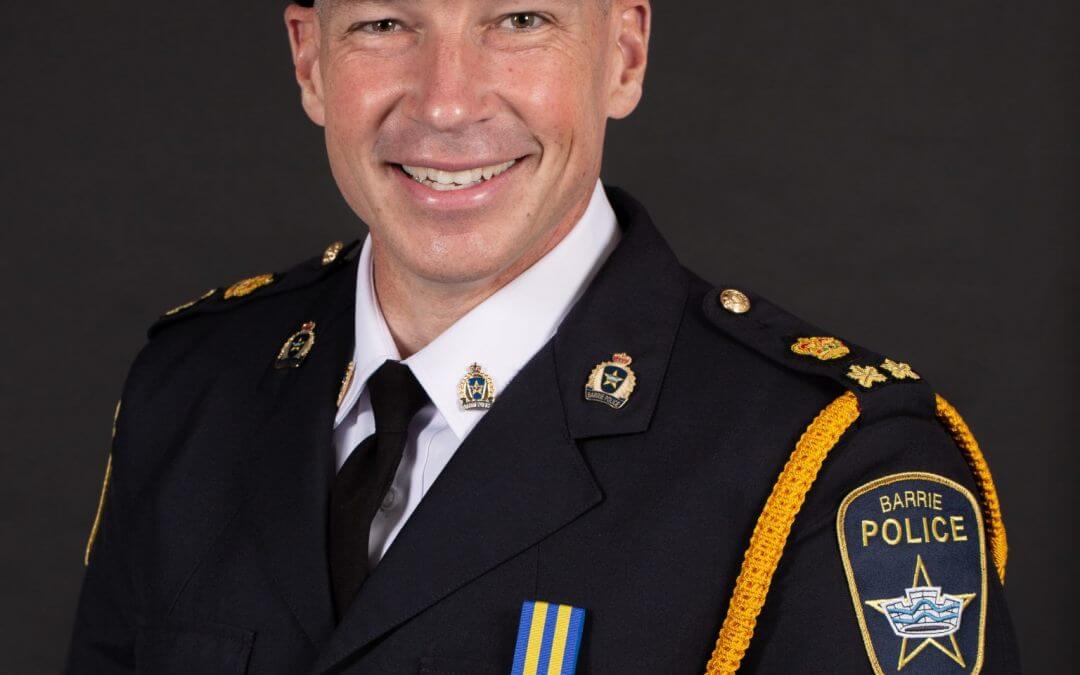 “Chief Designate Johnston stood out through the recruitment process as a police leader dedicated to ensuring that our Service meets the needs of our membership and our community through evidence-based decision-making,” said Greg Ferguson, Chair of the Barrie Police Services Board. “We are in a time of great change for the policing profession, and it was clear to the selection committee that Chief Designate Johnston’s experience, education and expertise will position our Service and our city effectively for the future.”

Chief Designate Johnston has been with the Barrie Police Service since 1998, serving in a variety of roles throughout the Service, including uniform patrol, Tactical Support, Operational Support, and Investigative Services. He holds an Honours Bachelor of Arts Degree in Philosophy from Queen’s University, a Master’s in Leadership Studies from the University of Guelph and is currently working towards his master’s degree in Applied Criminology and Police Management from the University of Cambridge (United Kingdom).

In 2022, Chief Designate Johnston received the Ontario Association of Chiefs of Police Excellence in Leadership Award and was inducted into the Evidence-Based Policing Hall of Fame at the Centre for Evidence-Based Crime Policy at George Mason University.

“I am humbled to be given this opportunity to serve my community as the of Chief of Police. I was raised to believe that a life of service to others is a calling, and I am truly honoured to be able to continue my service in this new role,” said Chief Designate Johnston. “I look forward to working with our members and our community partners in exploring innovative ways to address the complex challenges facing our community. I am committed to leading the Barrie Police Service in delivering public safety services with a focus on transparency and legitimacy, through progressive policing practices that support the well-being of our members and our community.”

Chief Kimberley Greenwood announced in June that she would be retiring at the end of 2022 after more than 40 years in policing, first in the Toronto Police Service and then as Chief of Police in Barrie.

The Change of Command ceremony will take place on Thursday, December 22.