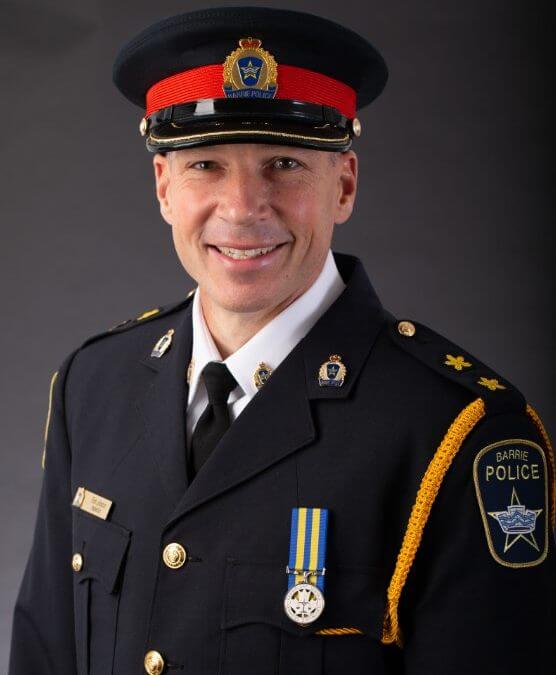 The Barrie Police Services Board is pleased to announce the appointment of Inspector Rich Johnston to the position of Deputy Chief – Operations Command, effective June 24, 2021.

Upon appointment, he will fill the vacancy left by the retirement of Deputy Chief Ken Weatherill in November 2020. Since then, the position has been internally filled in an acting capacity.

“The future of policing requires leaders who have a vision and can bring innovation to their community, the Service and their chosen profession. Inspector Johnston is an enthusiastic innovator, who will bring a wealth of experience, knowledge, and expertise to his new position as our Deputy Chief of Police, and I wish to congratulate him as he takes on these new duties within our Service. Inspector Johnston has undertaken some groundbreaking approaches that utilize analytics, and he encompasses and fully understands the science to make sound decisions that are focused on the continued safety of our community. I look forward to continuing working alongside our new Deputy Chief and the members of our Barrie Police Leadership Team as we prepare for a future that remains committed to our community,” said Chief of Police Kimberley Greenwood.

“I am honoured to have been selected as the new Deputy Chief of Police for the Barrie Police Service. The policing profession is very much a profession undergoing change and I look forward to being part of a reimagined law enforcement organization as a public safety service. I am a strong proponent of evidence-based policing and look forward to working toward implementing it throughout all aspects of policing in our city,” said Inspector Johnston.