More information on the Barrie Police Services Board is available on our BPS Board page.

Chief Rich Johnston was sworn in as the 10th Chief of the Barrie Police Service on December 22, 2022. 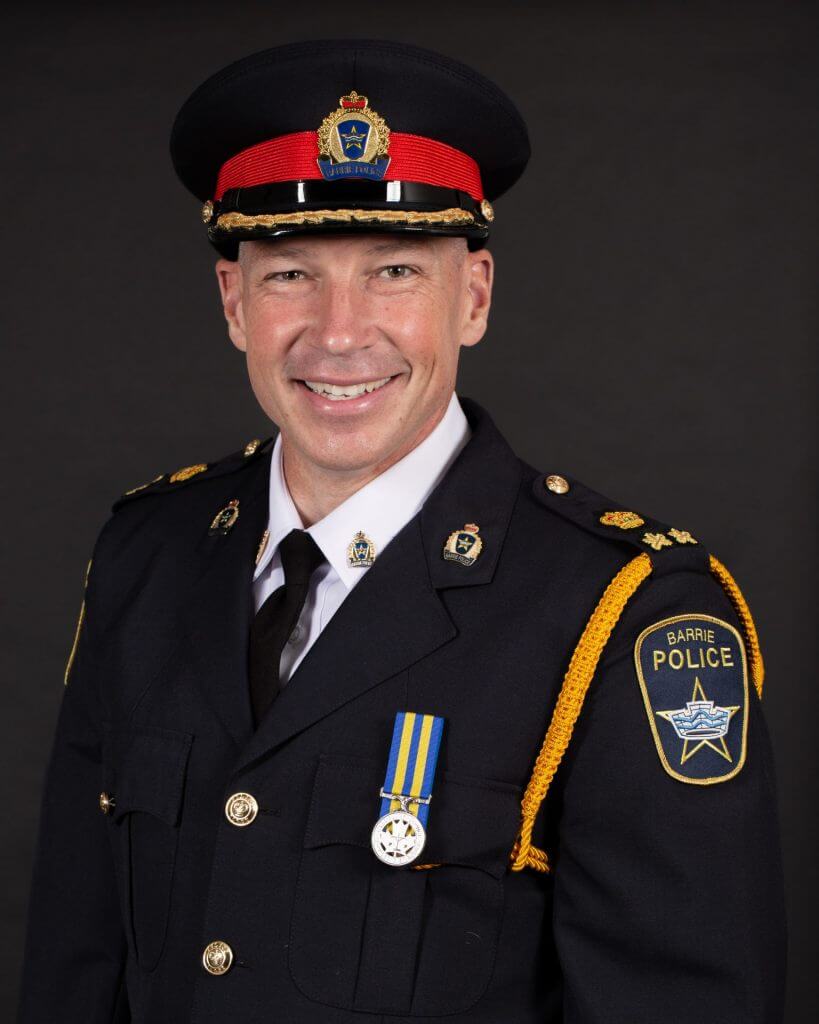 Chief Johnston joined the senior command in 2018 as an Inspector, and was appointed as Deputy Chief in 2021. In 2022, Chief Johnston received the Ontario Association of Chiefs of Police Excellence in Leadership Award and was inducted into th

After 11 years with the Toronto Police Service, Deputy Chief Robert W. Allan joined the Barrie Police Service in May of 2000. Since then, he has served in a variety of roles gaining extensive experience across all areas of the Service.

Inspector Allan is a graduate of the Rotman School of Business – Police Leadership Program, a Critical Incident Commander, and a designated Hearing Officer under the Police Services Act. Inspector Allan is currently working towards a Master of Public Safety degree at Wilfrid Laurier University.

He is thankful to his wife and two sons for their ongoing support throughout the demands of 30+ years in a policing career.

Executive Services is under the direction of Inspector Rob Burke. As the Barrie Police Service grows to meet the ever-changing needs of our increasing and diverse community, so too does the requirement to optimize our infrastructure and resources.

Operational Support Services carefully manages resources to ensure effective and efficient service delivery. This Division also oversees important specialty units that support other areas of the service to ensure continued partnership with all members and all sectors of the community.

Investigative Services is responsible for the investigation of major occurrences and criminal activities which cannot be concluded by members of Operational Services.

Members of Operational Services continually strive to provide a professional and efficient police service that meets the needs of our diverse community. This Division primarily consists of first responders for calls for service within the City of Barrie. These officers are responsible for the protection of life and property, the prevention of crime, and the enforcement of all Federal and Provincial Statutes, and some Municipal By-Laws.