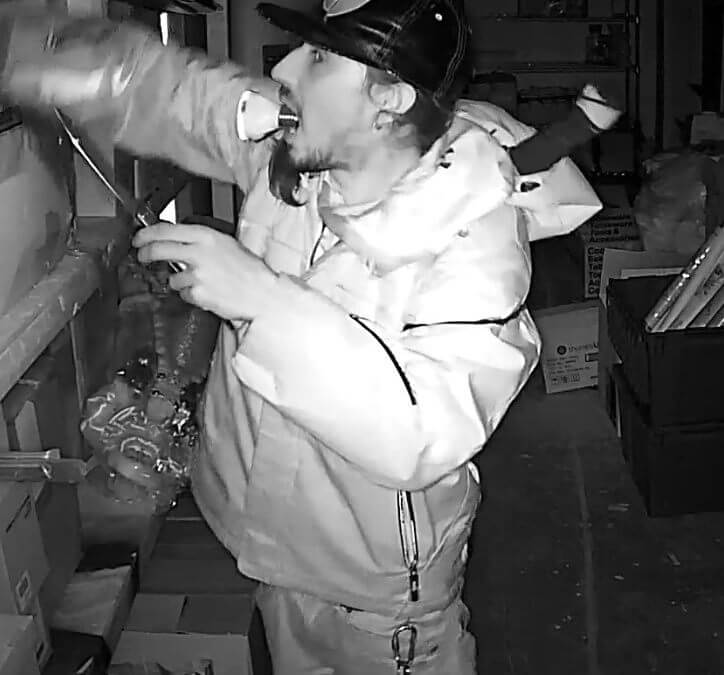 The Barrie Police Service is seeking assistance from the public in identifying a suspect that was involved in a break and enter in the City of Barrie.

On Wednesday, April 22, 2020, Barrie Police attended to Everleigh Garden located at 104 Dunlop Street East and have been able to determine that the break and enter occurred on April 21, 2020, shortly after 2:00 a.m. Although nothing specific appears to have been taken from the store, the only items missing appear to be a string of lights and two video surveillance cameras.

Police are attempting to identify a suspect whose actions were captured on video surveillance before the cameras were stolen.

The suspect being sought is described as male, light coloured complexion, 20-30 years, 6′, dark facial hair, long dark hair, pierced left ear and was wearing a black Wutang Clan Hat, light coloured Under Armour jacket, light coloured sweater, facemask, light coloured backpack, jeans and running shoes. He was also in possession of two knives one which appears to be spring assisted and the other much larger and resembles a machete.

If you can help identify the person involved, please contact Constable Campbell of the Barrie Police Service at 705-725-7025 ext. 2714 or by email at [email protected]. Any information can be provided anonymously to Crime Stoppers at 1-800-222-TIPS or leave an anonymous tip online at www.p3tips.com. 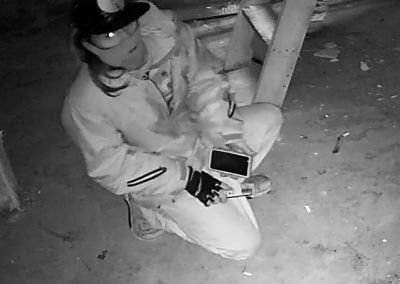 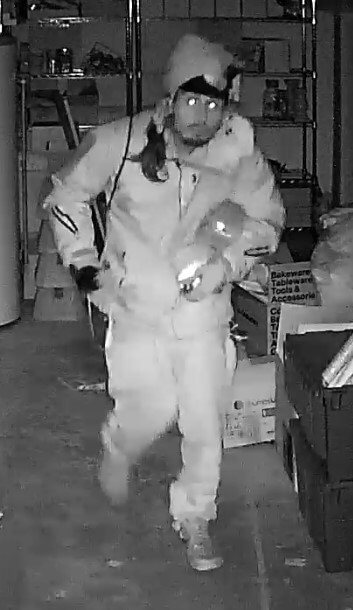