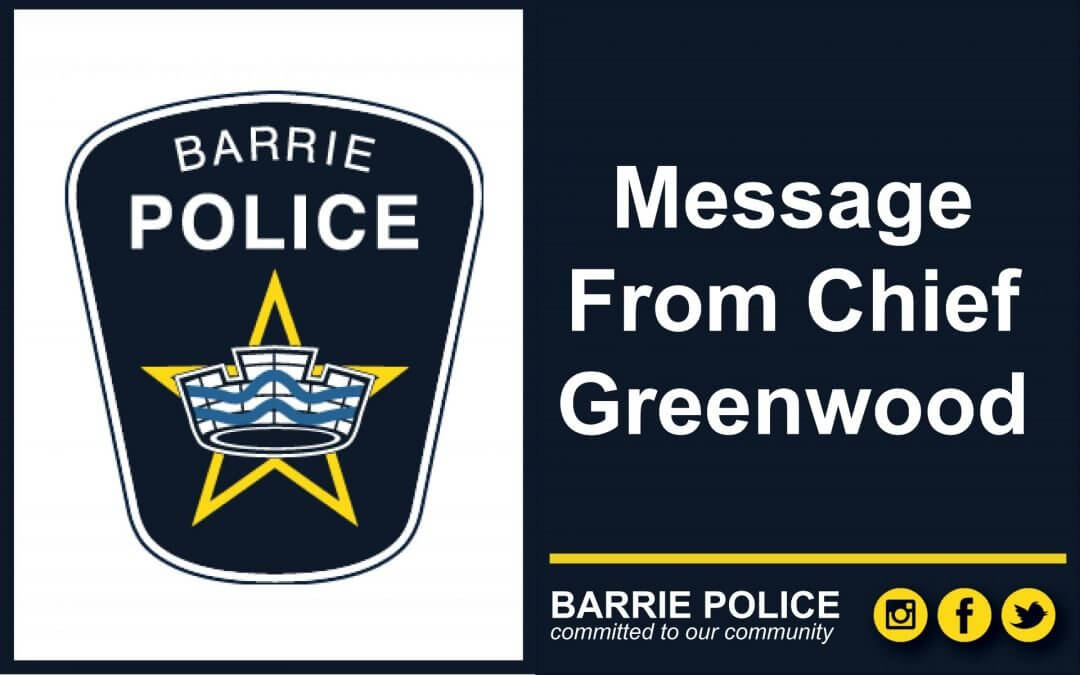 The Barrie Police Service was made aware of the videos posted to social media of an arrest by one of our Officers at approximately 3:00 p.m. on Thursday, February 4, 2021, on Dunlop Street East in Barrie, Ontario.

During this arrest, a 20-year-old Barrie male was charged with Cause Disturbance and Assault with Attempt to Resist Arrest and released on a Promise to Appear and an Undertaking.

“The images captured in the video are concerning to both the public and myself,” states Chief Kimberley Greenwood, who has asked an outside police service to conduct an independent investigation into the events leading to the arrest and the conduct of the Officer. Arrangements are being made and as soon as they are confirmed, the Barrie Police Service will announce those details and provide the investigating agency’s contact information for anyone who witnessed the occurrence.

The Officer involved in the arrest has been reassigned to alternate duties pending the outcome of the investigation.

The Barrie Police Service holds its members to the highest levels of accountability, and public trust and confidence in our Members is of the utmost importance.