By: Peter Leon|Published on: Jun 6, 2022|Categories: BPS Board, Media Release 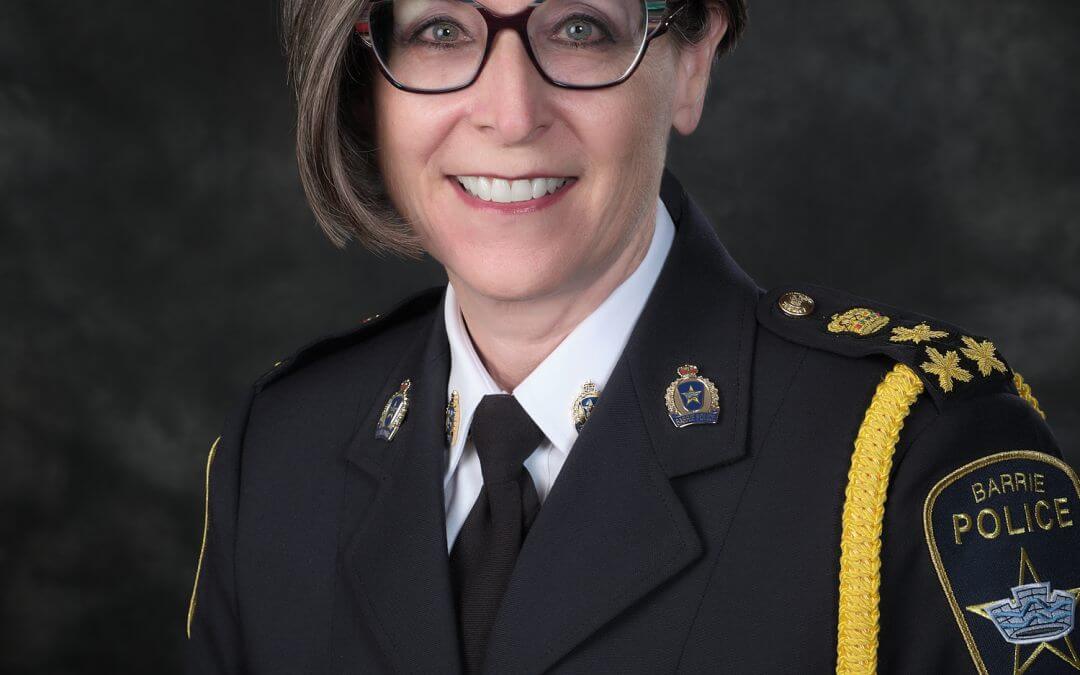 “On behalf of the Board, I want to express our extreme appreciation for the dedication and leadership of Chief Greenwood,” said Chair Ferguson. “Since taking on the role of Barrie Police Chief in 2013, Chief Greenwood has proven herself to be a committed and passionate member of our Service.”

Chief Greenwood started her policing career in 1981 with the Toronto Police Service and worked in a variety of positions within Divisional Policing, Detective Operations, Human Resources, Command, and Professional Standards.

The Barrie Police Services Board is proud of her leadership and contributions to the Canadian Framework for Collaborative Police Response on Sexual Violence, the National Framework for Collaborative Police Action on Intimate Partner Violence, Community Safety and Well-being Planning Committee, the development of Community Justice Centres, the creation of the Police Leadership Competency Framework, Telus Community Board, and the Collaborate Barrie Situation Table.

Chief Greenwood is also a strong supporter of Special Olympics Canada, participating in the annual Law Enforcement Torch Runs and readily jumping into the frigid waters of Kempenfelt Bay every winter in support of the Polar Plunge for Special Olympics.

“I am truly honoured and grateful to have had the opportunity to lead the Barrie Police Service for the past nine years, working alongside the dedicated members of our Service,” said Chief Greenwood. “I also would like to thank the Barrie community, Chair Ferguson, and members of the Board for their support and trust over my tenure. I am confident that the members of the Barrie Police Service will continue to deliver exceptional policing services to the City of Barrie.”

Chief Greenwood will work with the Barrie Police Services Board on a transition date, which will be at the end of 2022. Additional information on the process to select a new police chief will be announced in the upcoming weeks.