Each June, local teachers are asked to nominate students to participate in the camp, and seven week-long day camp sessions are held.

Participants learn about the different units within the service, visit with Barrie Firefighters and Paramedics, take part in fitness testing, as well as meeting the K-9 and marine units, and the bomb disposal robot that works with the tactical unit.

The campers are nominated by the Public and Catholic School Boards with input from Children’s Aid and the Women and Children’s Shelter of Barrie.

The Barrie Police Service Junior Constable Camp is the first of its kind in Ontario. 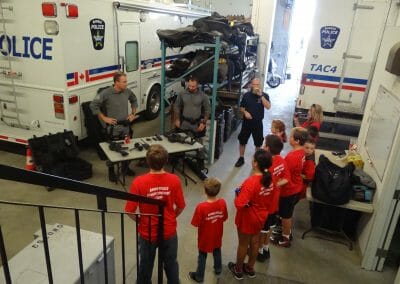 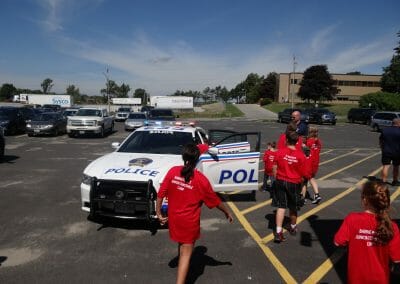