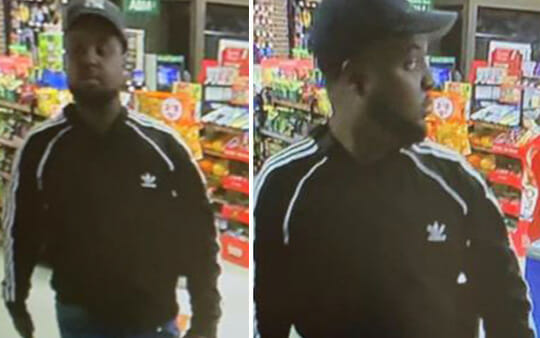 The Barrie Police Service is appealing to the public for assistance after a credit card was stolen and fraudulently used at a number of locations throughout the City of Barrie.

On Wednesday, August 7, 2019, Police received information regarding the theft of a credit card from a south end Barrie gym that had been stolen two days earlier while the owner participated in a workout. The credit card had been used for some purchases that appeared to be out of the ordinary and the credit card company contacted the victim in an attempt to confirm the irregular purchases.

From the investigation which has followed, it has been determined that the suspect wanted somehow gained access to a locked locker and stole the credit card between 3:39 p.m. and 4:30 p.m. on Monday August 5, 2019. Video surveillance from both the gym where the theft occurred, as well as locations that the credit card was used has provided the following details of the suspect.