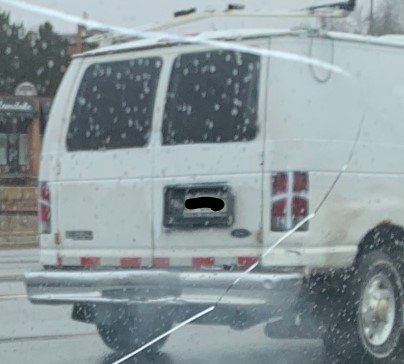 The Barrie Police is seeking assistance from the public in identifying three suspects and a vehicle that were involved in a theft in the City of Barrie.

On Monday, March 30, 2020, police responded to a report of a theft that had just taken place at approximately 3:10 p.m. at the Real Canadian Wholesale Club Store located at 289 Yonge Street. The three suspects being sought entered the store and two proceeded to the confectionary aisle where they loaded up cases of Hall’s and Fisherman’s Friend Cough Drops onto a cart, while the third suspect attended to beverage aisle and loaded up a cart with Red Bull drinks. The suspects then left the store without paying for the items and loaded everything into an older style white panel van. It was later determined that the total loss of product in this theft was $9350.

The van had distinctive vertical crosses painted on the taillights in white spray paint, along with red and white reflective tape along the bottom of the rear doors and a cargo rack on the top.  There was also a distinctive white wear band along the outer sidewall of the right rear tire. The licence plates attached to the van were later determined to have been stolen.

The van was followed from the store by a witness and it was last seen heading southbound on Highway 400. The suspects being sought are described as:

If you can help identify either of these three individuals or the van involved, please contact Constable Brent Osborne of the Barrie Police Service at 705-725-7025 ext. 2783 or [email protected]. Any information can be provided anonymously to Crime Stoppers at 1-800-222-TIPS or leave an anonymous tip online at www.p3tips.com. 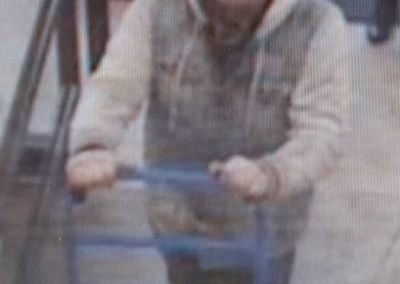