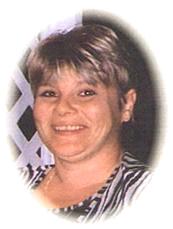 On Friday, October 14, 2005,  April Dobson was murdered on the front porch of a friends residence located at 300 Browning Trail, in the City of Barrie.

In the late evening of Friday, October 14, 2005, 40-year-old April Dobson had finished her shift at Swiss Chalet located on Molson Park Drive, and then travelled to a coworkers residence located on Browning Trail, to help work on her colleague’s car. Afterwards, police report, that the two women and a female roommate were sitting on the front porch enjoying Thanksgiving leftovers and drinking some wine.  Dobson had been seated with her back to the street, and just after midnight, there were reports of a shot fired.  Dobson was struck in the head.

Despite the best efforts of police and paramedics to revive her, Dobson succumbed to her injuries at the scene. Moments later, a witness noticed a young man running eastbound from the area, getting on a mountain style bicycle, and riding away southward on the catwalk leading from Browning Trail to Bronte Crescent.

The person of interest is believed to be familiar with the area or may live in the neighbourhood. The Homicide Unit, within the Barrie Police Service, would like to thank the members of the public that have assisted in this investigation to date.  The Homicide Unit is appealing for the public’s continued assistance in solving this homicide.  The Homicide Unit believes that a person or persons are holding back vital information simply out of fear or a misplaced sense of integrity.

In September 2013 the Barrie Police Service launched a $50,000 reward campaign for information leading to the arrest and conviction of the person(s) responsible for the death of April Lynn Dobson.

The following videos will provide further information in relation to this homicide.