On Thursday, July 14, 2022, shortly after 10:00 a.m., Barrie Police received information from a concerned citizen involving the driving behaviour of a male who was operating a commercial motor vehicle on Bayview Avenue.

The involved truck was located leaving a business on Mollard Court and was stopped by police. After a roadside investigation by responding officers, the driver, who showed signs of impairment, was arrested.

The driver, a 26-year-old male from Innisfil, was transported to Barrie Police Headquarters where he was interviewed by a qualified Drug Recognition Evaluator who determined that he was impaired by drug.

In addition to being charged with Impaired Operation of a Conveyance -Drug, the accused has also been charged with Breach of an Undertaking and Fail to Comply with a Release Order and was held for a bail hearing. 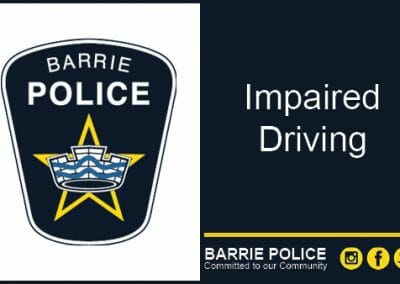