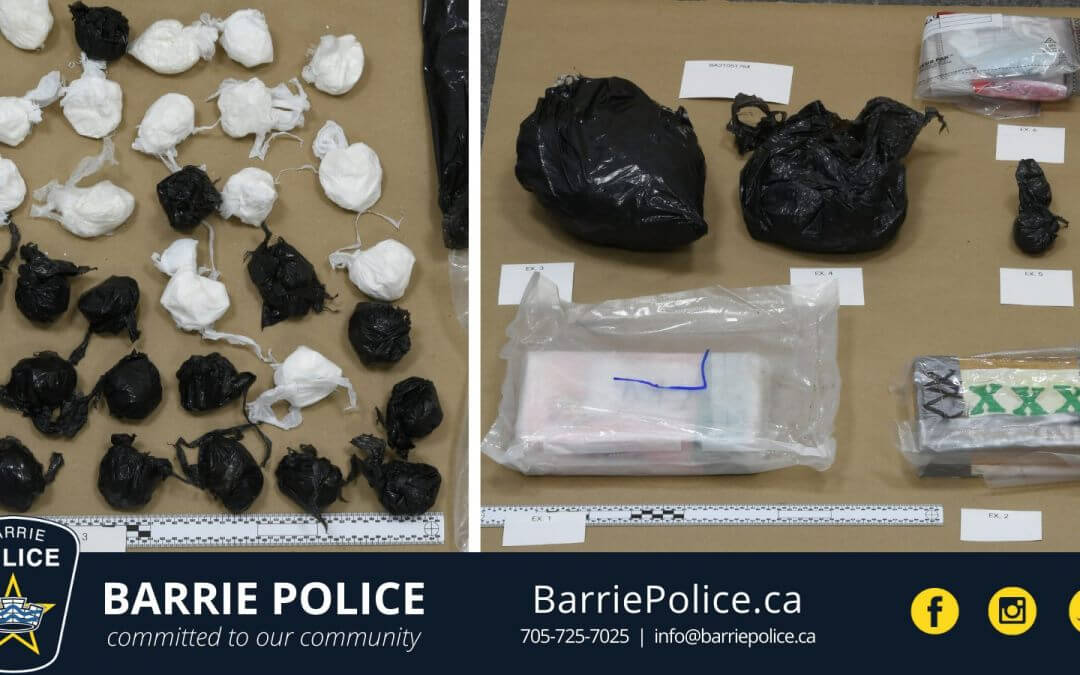 After a suspicious male was observed placing several packages into bushes on a residential property, a nearby homeowner contacted police, who were able to determine that the packages contained a large amount of suspected cocaine.

Hours later, a male matching the description of the suspicious person returned to the area and he was arrested when he retrieved the packages.

In total, police seized 3.6 kg (7.9 lbs) of suspected cocaine and 50 grams of suspected fentanyl. The seized drugs have an estimated street value of approximately $360,000.

The seized drugs were held pending Identification Unit analysis prior to submission to Health Canada for analysis. The male was held for a bail hearing. 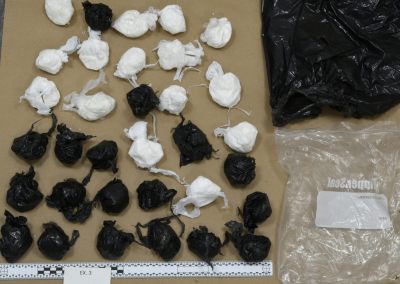 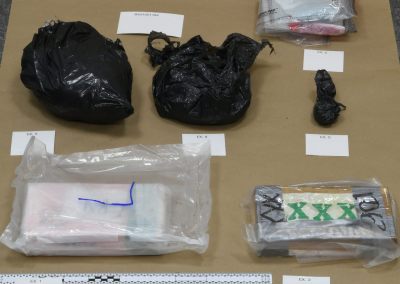