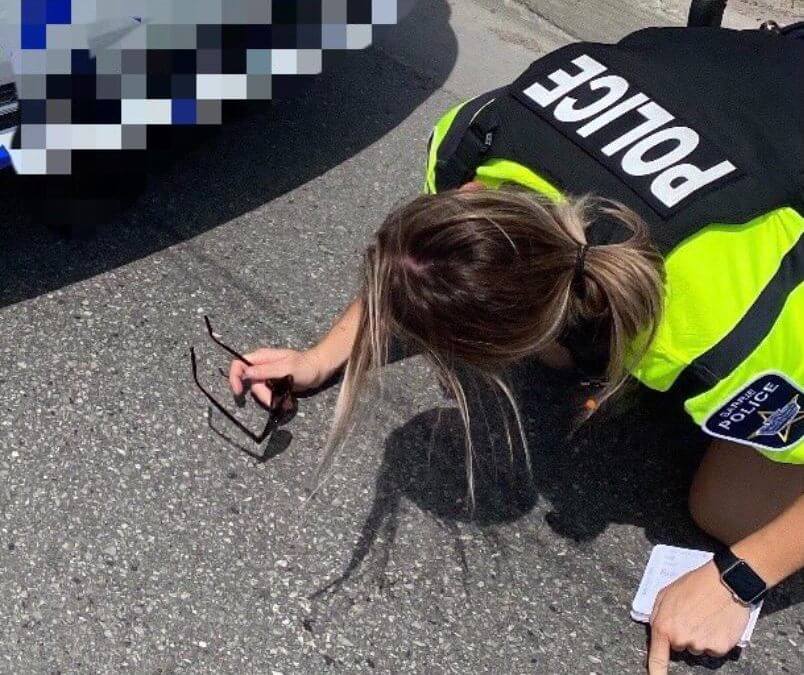 Community raised concerns about noisy motor vehicles that have been modified and not complying with the provisions of the Highway Traffic Act (HTA) have not gone unheard. On Saturday August 13, 2022, the Barrie Police Service Traffic Unit hosted a collaborative joint- forces policing initiative called Project ERASE which saw officers from York Regional Police and the Ontario Provincial Police join officers from our Service to combat this issue.

ERASE stands for Eliminate Racing Activity on Streets Everywhere and involves 10 partner agencies which include the Ministry of the Environment. It focuses on reducing incidents of street racing and noise complaints through coordinated education, prevention, and enforcement.

As police set out to provide enforcement in areas identified by complaints received from the community, they came across a very large unsanctioned event involving hundreds of modified pick-up trucks and well over 1000 people taking place in the parking lot of the Sadlon Arena located on Bayview Drive.

Police very quickly realized that there was a need to re-focus their planned enforcement initiative and deal with this event which they effectively and very professionally did after a number of attendees chose to utilize the parking area and mare the surface with manoeuvres that are normally reserved for a racetrack.

By dispersing the crowd and the vehicles, some of whom attempted to set up in nearby Park Place, enforcement efforts resulted in a total of 81 charges being laid which included 77 Highway Traffic Act, 1 Criminal Code, 2 Liquor Licence Act and 1 charge under the Compulsory Automobile Insurance Act.

The Barrie Police Service wish to thank our partner agencies for their attendance and assistance Saturday night as their collective efforts had an impact on the outcome of this event.

Residents and modified motor vehicle enthusiasts can expect to see ERASE members return to Barrie in the near future. Although the exact dates will not be disclosed, additional dates have been identified to deal with this province wide community plaguing problem that can focus on motor vehicles and their owners who choose to use noisy aftermarket equipment.