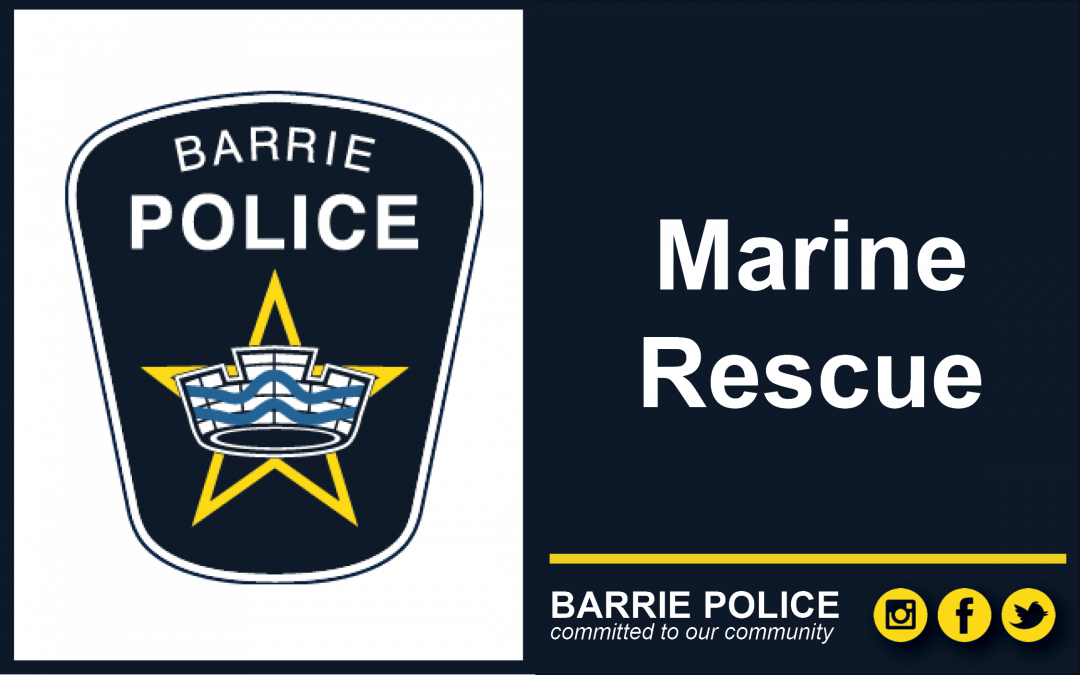 As the weather began to turn last night ahead of forecasted thunderstorms, Barrie Police received a report of two children stranded in a raft in Kempenfelt Bay, without lifejackets and unable to paddle back to shore.

Uniformed members responded to the Centennial Beach area, spotting the raft approximately 150 meters offshore. As the Marine Unit hadn’t arrived on the scene yet, the responding officers approached four members of the public who were on a private boat at the Barrie Marina, and the four individuals immediately offered to assist in transporting and assisting with the rescue.

While making their way to the raft, Officers were advised that a kiteboarder was also in distress off Johnson Beach. The four individuals agreed to continue to assist with this second rescue.

A 37-year-old male was safely rescued from the water with his kiteboard.

The three were transported to shore and were checked out by paramedics.