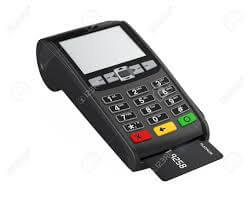 The Barrie Police Service Fraud Unit has recently become aware of a scam that has surfaced in our community that involves a taxicab, a driver and a passenger who indicate that due to the COVID -19 pandemic the driver accept cash. This scam has also been reported in other communities over past few weeks and is netting the persons responsible money from the unsuspecting victims.

The scam works like this: an unknown person approaches a victim and is asked if they could assist with paying for a cab fare as the driver does not accept cash due to the COVID -19 pandemic. The victim willingly accepts the cash that would have covered the cab fare and then uses a personal bank card to cover the cost of the ride. After entering the personal identification number (PIN) into a point-of-sale terminal, the driver hands back a fake bank card to the victim, usually after a slight distraction. In one case, a receipt was issued, but it wasn’t till later that the victim looked at the receipt and didn’t see a taxi company name on it. To make things worse, the suspects carrying out this well-orchestrated theft now have the victim’s bank card and PIN number and then attend an automated teller machine (ATM) only to use the card to fraudulently withdraw funds and empty out the victim’s bank account.

In both cases that have been reported to the Barrie Police Service, the fraudulent activity was not known to have occurred until the victim went to use the bogus bank card that was returned to them, only to find out that it did not work and was declined. The victim then contacted their bank only to find out that unauthorized withdrawals have been made on their bank account.

The Barrie Police Service is warning the public about this scam and has contacted legitimate taxi companies in the Barrie area and have confirmed that they are still accepting cash for fares. The suspects involved in this scam are both described as male with a light brown complexion. The driver has been described as being in his 40’s with a stocky build and balding. The other suspect is believed to be in his 20’s, approximately 6’ tall, with medium to long black hair and has been further described as being well dressed and polite. The vehicle in question is described as orange in colour with blue or green trim around the edges and could be decommissioned taxi.

If anyone has had a similar incident happen to them, please contact the Barrie Police Service at 705-725-7025, ext. 2640 and speak to a detective in the Fraud Unit. Although this scam appears to be isolated at this time and specifically here in Barrie, the public needs to be aware of these scams so that your money stays where it should – in your bank account and not in the hands of opportunistic fraudsters.