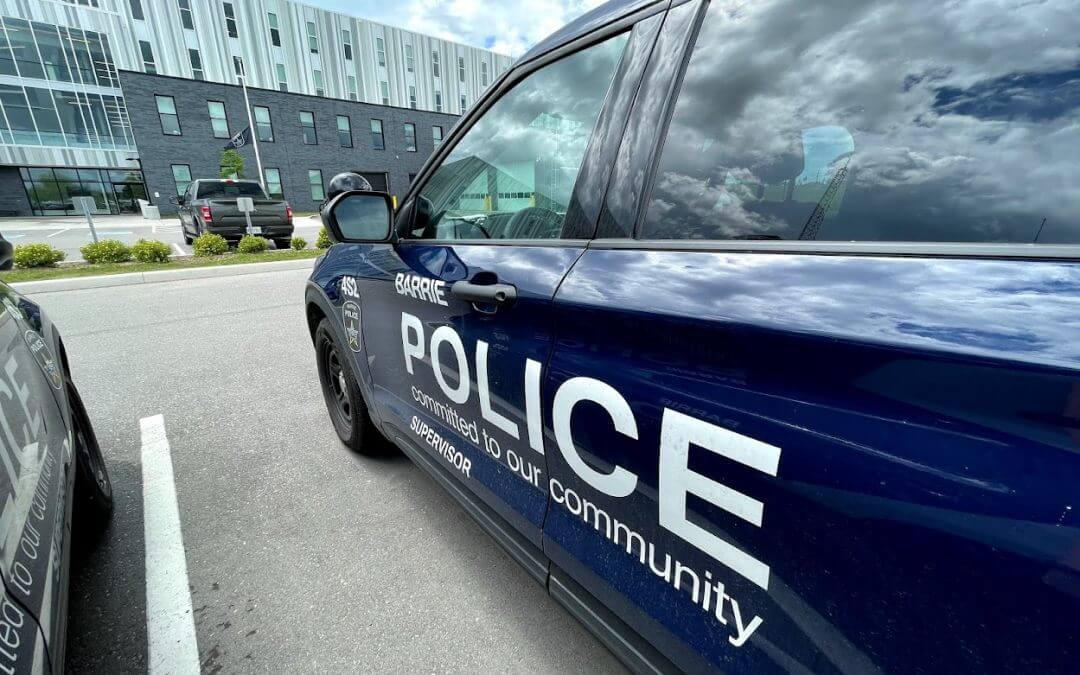 Last night, just before 10:00 p.m., Barrie Police was made aware that a male who was wanted on a Canada Wide warrant was believed to be enroute to the Barrie area from Timmins. He was driving a mid-size black motor vehicle and the licence plate was also provided. Additional information suggested that he was in the company of a female and her 17-month-old child, both of whom had been reported missing earlier in the evening to the Timmins Police Service.

Just over a half hour later, a Barrie Police officer, who was responding to an unrelated call for service on Bell Farm Road observed the vehicle as it turned westbound onto Bell Farm Road, from Duckworth Street.

A traffic stop was initiated and the driver, a 22-year-old male of no fixed address, was arrested for parole related violations in regard to the outstanding Canada Wide warrant.

The investigation continued and it was confirmed that the motor vehicle was actually stolen. The officer also located a quantity of suspected drugs and an edged weapon when the driver was arrested.

The male, a 20-year-old female passenger and the child were all transported to Barrie Police Headquarters where the investigation continued and as result, the male has been charged with the following Criminal Code (CC) and Controlled Drugs and Substances Act (CDSA) offences.

He has been held in custody and is scheduled to appear later today in Barrie for a bail hearing at the Ontario Court of Justice.

The female was also charged with Possession of stolen property obtained by crime over $5000 and is scheduled to appear in court on August 10, 2022. Arrangements were also made for the safe care of child while the female was in custody and being investigated.