By: Peter Leon|Published on: May 30, 2022|Categories: Media Release 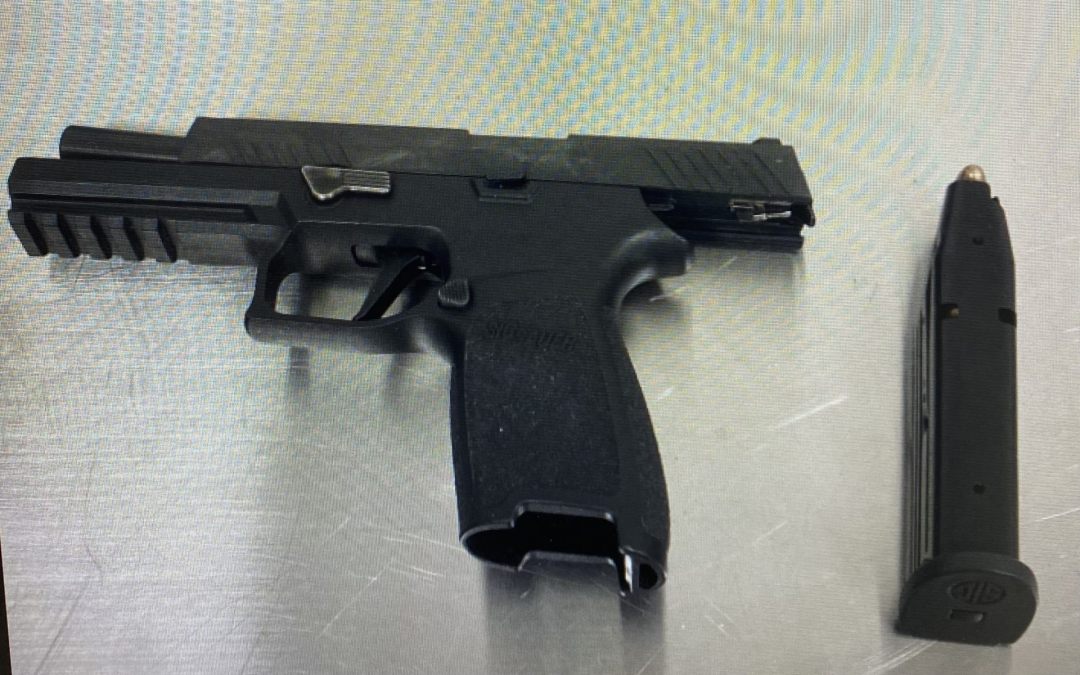 On Sunday May 29, 2022, at approximately 2:12 a.m., Barrie Police was made aware of a male who was believed to be in possession of a firearm standing on a Dunlop Street East sidewalk.

With this information, officers approached the male, but he fled northbound through a nearby alleyway. He was arrested moments later after being pursued a short distance on foot by two members of the Barrie Police Service Tactical Support Unit.

The suspect was in possession of a black satchel which was seized by police and contained a fully loaded Sig Sauer 9mm firearm, a quantity of cannabis, suspected cocaine, fentanyl, psilocybin and some prescription medication.

As a result of the investigation that continued at Barrie Police Headquarters and was conducted by detectives from Investigative Services, a 20-year-old male from Markham, Ontario, has been charged with a total of 11 Criminal Code offences. The charges laid are specific to his unlawful possession of a firearm, possession of drugs for the purpose of trafficking and failing to comply with a court related release order. The accused was remanded into custody for a video bail hearing, which is scheduled to take place today. 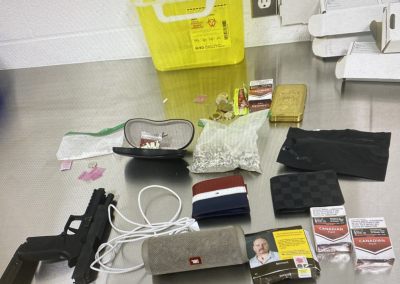