Male uses badge to identify himself at collision scene 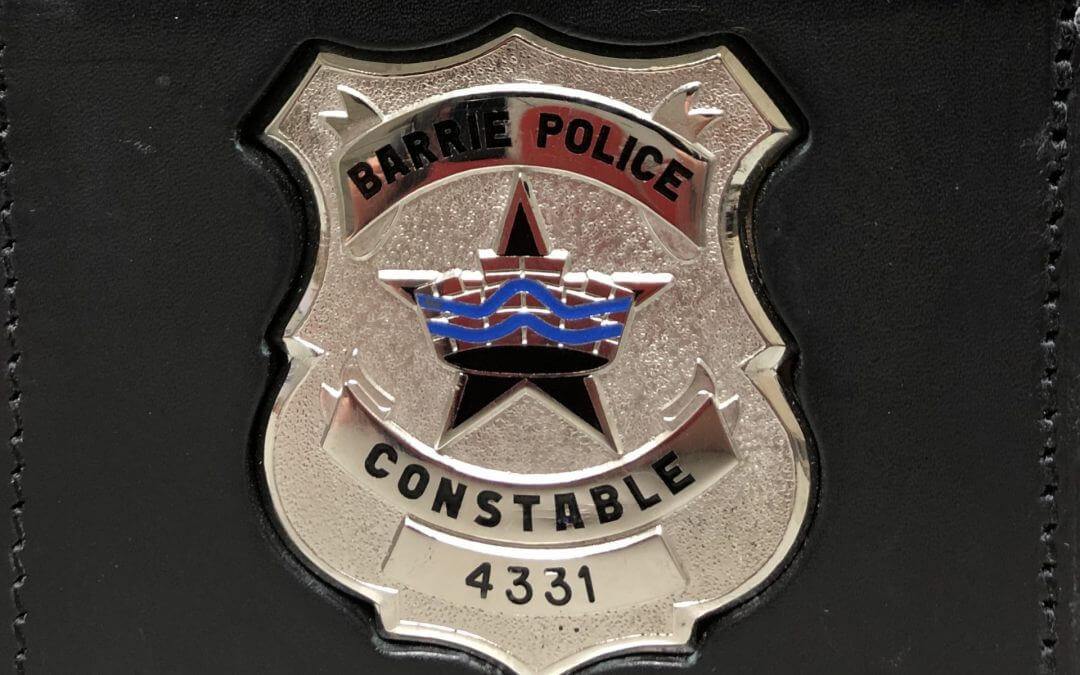 Barrie Police has been made aware of an incident that occurred on Tuesday afternoon (June 22) at the scene of collision shortly after 4:00 p.m.

The two-car crash occurred on Yonge Street, near Little Avenue and both vehicles were later towed the Collision Reporting Centre where the investigation was conducted. Thankfully, there were no injuries.

One of the involved driver’s was being assisted by a good Samaritan at the scene when an unknown male approached, quickly showed a badge, and identified himself as a ‘provincial investigator’. The male spoke to the female driver of one of the involved vehicles and suggested she could get into his air-conditioned car. The good Samaritan asked to see the badge and noticed that it did not have a badge number or rank on it and realized that at no time did the male properly identify himself. The male then got into his grey-coloured sedan and drove away.

The circumstances surrounding this male were reported to Barrie Police and police believe that this incident, although isolated, should be properly addressed.

A police officer can conduct their duties in a full police unform or in a plainclothes capacity. Uniform officers are readily identifiable by the issued police uniform they wear. Plainclothes officers do not wear issued clothing and often dress in the same manner that members of the community do. However, a plainclothes officer, when acting in an official capacity, is required to properly identify themselves with a badge issued by the police service that employs them, and this is always accompanied by a warrant card. The warrant card will have the officer’s name, badge number, rank, official identifiers of the Service (usually an image that depicts the official crest) and the signature of the Chief of Police or the case of the Ontario Provincial Police, the signature of the Commissioner.

Members of the public are encouraged to ask for these two pieces of identification if someone identifies themselves a police officer and they might be unsure of their legitimacy. When in doubt, you can always call 911 and seek the confirmation you require.