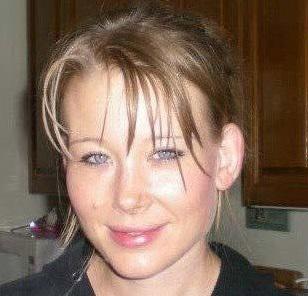 OPP-SPRINGWATER TOWNSHIP, ON – On Wednesday, March 16, 2016, shortly after ‎12:00 p.m., officers from the Huronia West Detachment of the Ontario Provincial Police (OPP) responded to a report of human remains being located in a section of the Simcoe County Forest, east of Gill Road, south of  Hillview Crescent, Springwater Township, Ontario.

The human remains were later confirmed as belonging to 30-year-old Jaimee Lee MILLER who was reported missing to the Barrie Police Service (BPS) on November 2, 2015.

It has been a year since Jaimee Lee MILLER’s body was discovered and police are again reaching out to the public for information on this homicide. The $50 000 reward that was issued by the Government of the Province of Ontario last October remains in place and available should information be received that leads police to the perpetrator(s) of this crime.

This homicide investigation remains a joint investigation that is being conducted by Detectives from the Ontario Provincial Police and the Barrie Police Service, under the direction of Detective Inspector Jim Gorry of the OPP Criminal Investigation Branch (CIB).  The investigative team remains committed in their effort to identify the person or persons responsible for the death of Jaimee Lee Miller.

One Year Ago – Police Looking For More Information on Miller Homicide

On Monday, November 2, 2015, Jaimee Lee Miller was reported missing from the Barrie area. The Barrie Police Service conducted a missing person investigation and determined that MILLER was last seen by family and friends in mid-October of 2015 with no contact with anyone since that time.

On Wednesday, March 16, 2016, Jaimee Lee MILLER’s body was discovered in a wooded area off Gill Road in Springwater Township north of the City of Barrie.