Last week the Barrie Police Service wrapped up a months-long investigation into graffiti across the city with five arrests and 113 charges.

Facing multiple charges related to the graffiti are:

The investigation addressed reports of hundreds of graffiti-related occurrences and was able to determine that the same suspects were responsible for similar occurrences which took place outside of the City of Barrie.

Symbols, pictures, and specific tags associated with each individual suspect were sprayed on municipal and provincial infrastructure such as bridges, schools, and fences as well as private property including numerous local businesses and other highly visible locations.

Officers from the Community Safety and Well-Being Teams as well as the Intelligence Unit worked to identify the individuals behind these acts of mischief, which resulted in the five arrests.

This blatant and senseless disregard for the property for others resulted in more than $75,000 worth of graffiti and damage that needed to be removed and repaired. Several of the defaced properties have been defaced and restored in the past, only to be damaged again.

The investigation concluded during the week of September 27, 2021, and resulted in a total of 113 charges between all five accused persons, with an estimated 50 additional charges pending.

Included are images of some of the graffiti that was undertaken by these individuals.

How to report graffiti 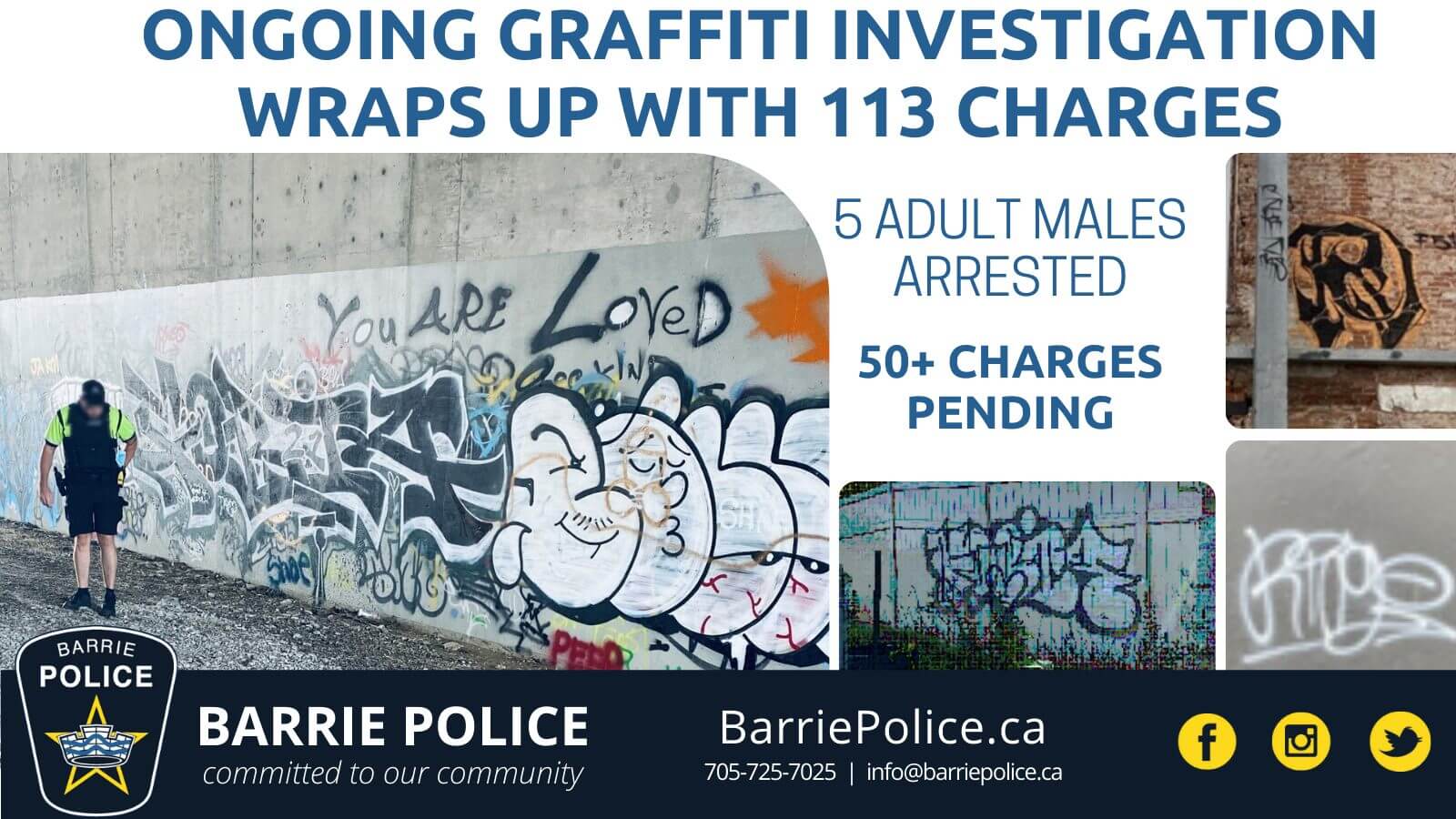