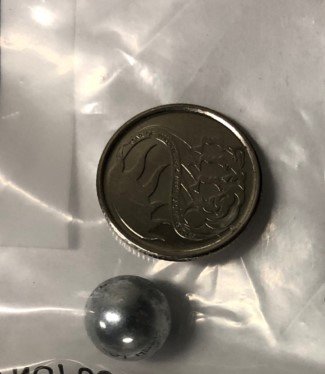 The Barrie Police Service is appealing to the public for assistance after a number of mischief related incidents have occurred in the City of Barrie.

Beginning on Sunday December 15, 2019, and including four occurrences from last night, Barrie Police have responded to 18 incidents where the complainants have either reported damage to windows in their homes or to parked motor vehicles. In all of these incidents, it would appear as if the damage is consistent with either a pellet gun or slingshot being used and the rounded projectile striking the windows. The incidents have been reported primarily in the northeast and southeast parts of the city but are becoming more widespread.

In the case of the parked motor vehicles, the projectile has shattered the windows on impact and with the windows in the homes, has either lodged between the panes of glass or been able to penetrate through the glass and screen combination. The projectile is described as silver in colour, round, metallic and approximately 1 centimeter in diameter. See included picture in relation to a dime. There have been no persons injured as a result of this malicious activity.

If you have information on these mischiefs please contact Sergeant Don Moore of the Barrie Police Service Investigative Services at 705-725-7025, ext. 2765, contact Crime Stoppers at 1-800-222-TIPS (8477), or leave an anonymous tip online at www.p3tips.com.