On Monday, January 4, 2021, the Barrie Police Service responded to St. Onge Recreation, which is located at 65 Hart Drive for a report of an overnight break and enter.

From the investigation that followed, and with the assistance of employees at St. Onge Recreation, it was determined that the break and enter occurred at approximately 4:10 a.m. after an unknown person entered onto the property from a hotel parking lot located just north of the involved business. The suspect then proceeded to forcibly gain access to two locked storage containers where two boxes were removed only from the second container. It is believed that these boxes contained parts that could be used for an all-terrain vehicle (ATV).

Police are trying to identify a suspect whose image was captured on surveillance video as well as a truck with unique front grill.

The suspect is described as: male, white, 30-40’s, medium build, brown hair thinning on top, unshaven, blue jeans and wearing a beige Carhart type coat and the vehicle involved is described as a white, 4-door, Ford F-150, with a matching white cap, F-150 written in black on the tailgate and the distinct amber lights in the front grill.

Anyone with information that may assist in this ongoing investigation is asked to contact the Barrie Police Service at 705-725-7025, extension 2660. 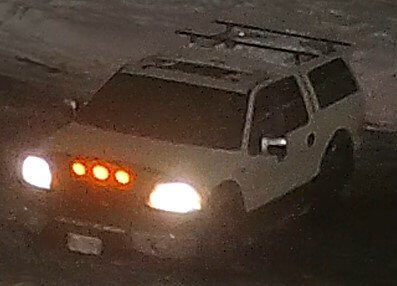 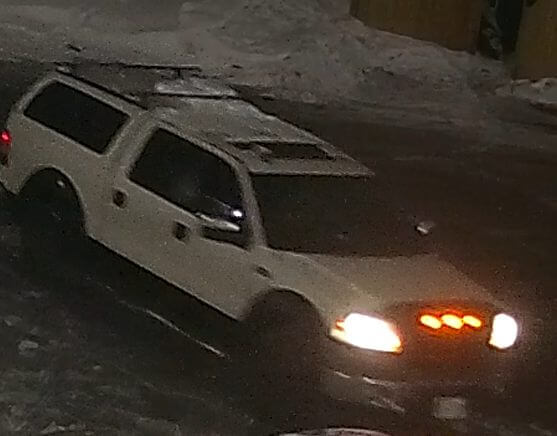