Police and Technology Team Up to Locate Lost Family

By: Peter Leon|Published on: May 17, 2021|Categories: Media Release 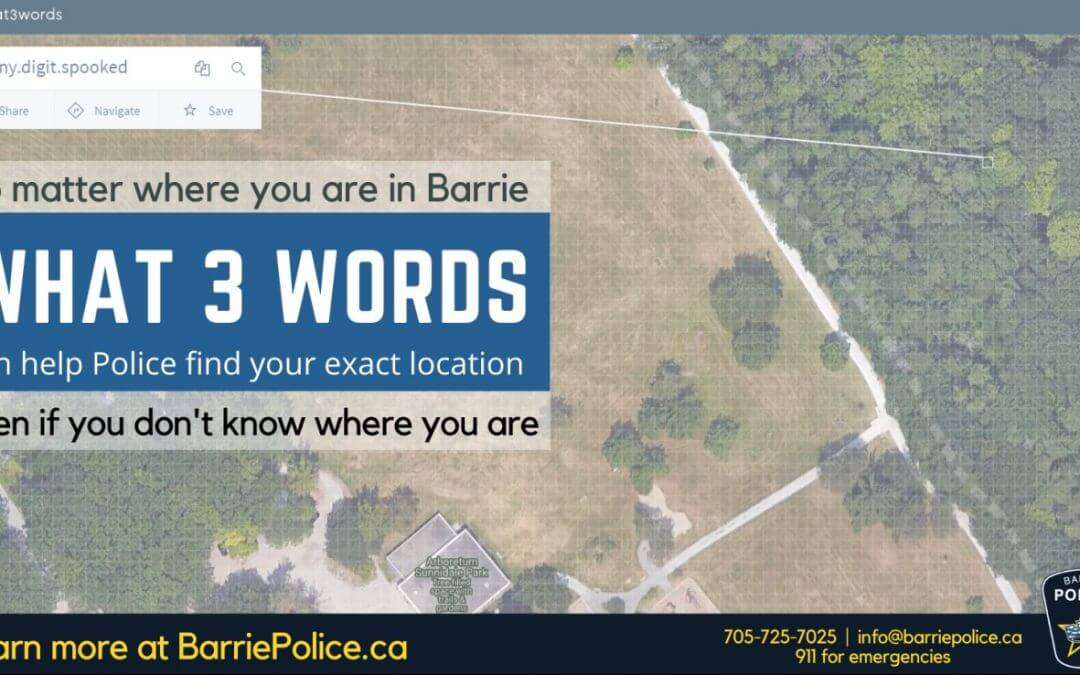 On Saturday May 15, 2021, at 8:22 p.m., Barrie Police received a call from a person who was lost in the Ardagh Bluffs with her 3 children ages 2, 6 and 14. With darkness set to fall in a mere matter of minutes and with the complainant’s cell phone battery was low, she called police seeking assistance. The family was told to stay where they were as help was on the way.

Barrie Police, along with the County of Simcoe Paramedics responded to the area, but it was technology in the form of the What3Words app that provided police with an entry point to the wooded area that led the responding officers, along with Barrie Police Canine Unit and general-purpose dog Thunder directly to the family.

The app was used at 8:27 p.m. by the Barrie Police Communications Centre and from the global positioning system (GPS) coordinates that were obtained, the family was located at    8:48 p.m., safe, sound, and free from injury. The officers were then able to escort the family out of the Bluffs and assist them with getting back to their vehicle which was parked on Oakside Court.

“The use of What3Words, a program that was officially launched by Barrie Police on January 25, 2021, worked and worked well. Our call taker knew that daylight was fading and would soon be replaced with darkness. Time was of the essence and in the words of our call taker, it worked seamlessly” stated Inspector Peter Dewsnap, who oversees the Operational Support Division of the Service which includes the Communications Centre.

Barrie Police encourage the public to take the time to learn about this free app and consider downloading it to your mobile device in the event you ever lost or injured and need emergency assistance. Additional information about What3Words is available by clicking onto the following link: www.what3words.com

For the Barrie Police media release that launched this time saving app, please click onto the link added below: