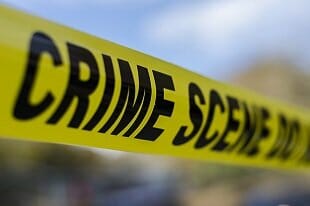 On Friday October 16, 2020, at approximately 10:30p.m., Barrie Police responded to a report of a robbery that occurred in downtown Barrie. Initially, police were unable to locate the victim who had left the area, however, a short time later, a call was received and police attended a residence where the victim reported that she had been attacked in an alley by a male and female suspect who were in possession of what is believed to have been an airsoft pistol. The victim further reported that during the attack she had sustained a significant injury to her head after being injured with an edged weapon and that she was relieved of her purse and a bag that contained a newly purchased jacket and a pair of boots. The victim was later transported to a local hospital where she was treated and released with non-life-threatening injuries.

As a result of the investigation that followed and based upon information received from the victim, police were able to determine where the robbery had taken place and located evidence to support the investigation in the alleyway behind 93 Dunlop St. East. The investigation continued over the weekend by members of the Barrie Police Criminal Investigation Division who were initially assisted by uniform officers.

Late yesterday afternoon, detectives from the Barrie Police Street Crime Unit arrested a 29-year old female and a 31-year old male, both of no fixed address, at an east end Barrie home after following up on a number of tips that had been received from the public. Both have been charged with a total of 18 Criminal Code offences in regard to their involvement in this robbery.

The suspects, who are also wanted for two similar offences in eastern Ontario, are scheduled to appear today for a bail hearing at the Ontario Court of Justice located in Barrie.