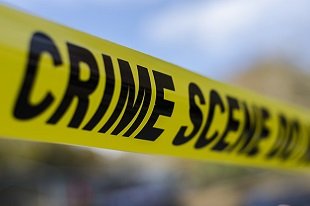 On Wednesday, December 30, 2020, at 9:50 p.m., Barrie Police responded to a residential townhouse unit located at 549 Yonge St. after a report was received that a patio door had been shot out. Responding officers immediately set up a perimeter and two Barrie Police Canine Units were called to the scene to assist in locating the person responsible. Police also learned that as many as 5 gunshots were heard by witnesses who lived in the area and were able to confirm that no one was struck by the gunfire. There were no reported injuries as a result of this incident.

The Barrie Police Canine Units that attended tracked two sets of footprints that lead away from the area, but it would appear that the persons responsible were able to elude police and made good their escape that evening by unknown means.

Detectives from the Barrie Police Investigative Services have continued to investigate the circumstances surrounding this occurrence and with the assistance of the Forensic Identification Unit that attended to the scene on the night this occurred, evidence has been collected that police hope will help to identify the persons responsible. Police know that the suspects were dressed in black, both wore white socks and at least one of them was armed with a small caliber firearm. At this point in the investigation, it is believed that this incident is isolated in nature.

Anyone who resides in the townhouse unit that may have information or security video of this shooting is asked to contact Detective Constable Mathew Mulhall at 705-725-7025, extension 2561. Should you wish to remain anonymous please call Crime Stoppers at 1-800-222-TIPS (1-800-222-8477) or submit your information online at https://www.p3tips.com. If you have any information on this crime or any others, being anonymous, you will not testify in court and your information may lead to a cash reward of up to $2,000.