By: Peter Leon|Published on: May 12, 2021|Categories: Media Release 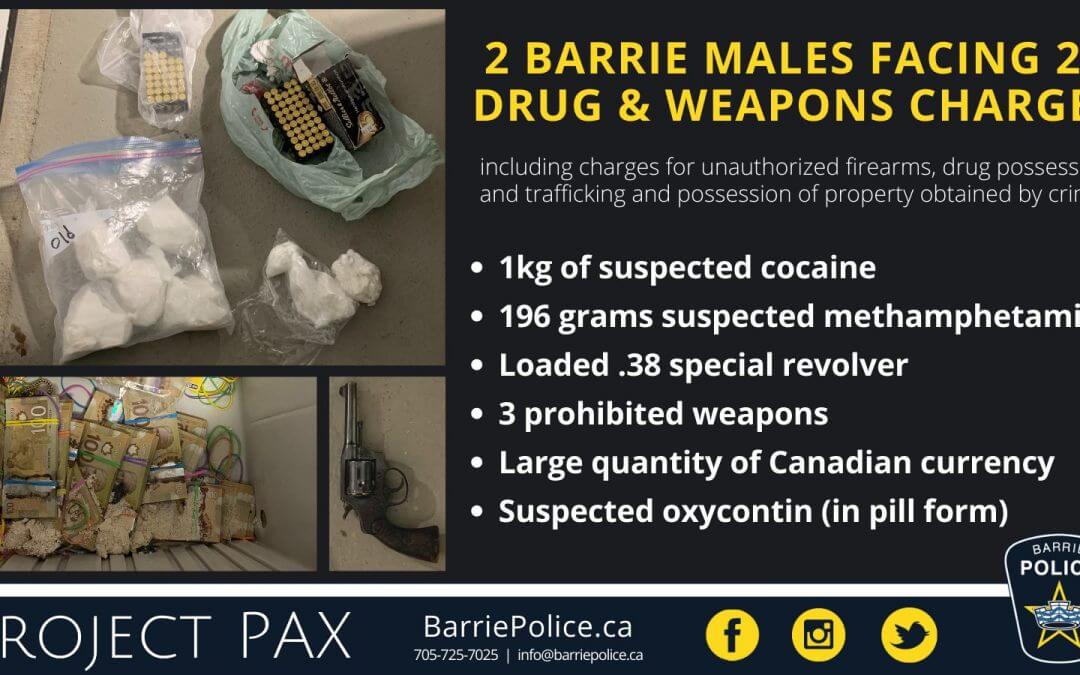 A Barrie Police investigation, which was undertaken by the Drug Enforcement Unit (DEU) and began in early February concluded on Friday May 7, 2021, shortly after 9:00 p.m. when police stopped a black BMW and arrested the 24-year-old driver. At that time, the driver was arrested by members of the Barrie Police Tactical Support Unit (TSU) for drug related offences and was transported to Barrie Police Headquarters where the investigation continued.

Barrie Police detectives were then able to obtain four Controlled Drugs and Substances Act (CDSA) search warrants that were executed with the assistance of the Barrie Police Community Response Unit (CRU), Intelligence Unit, along with tactical and uniform officers early Saturday morning at two homes (one in Barrie and one in Oro-Medonte Township), a Barrie area storage unit and for the car that had been earlier stopped.

During the execution of one of the residential search warrants, a 26-year-old male was taken into custody without incident and is currently facing a total of 7 CDSA and Criminal Code charges in regard to his involvement in a localized investigation that focused on the illegal trafficking and possession of cocaine and methamphetamine. This male was held for a bail hearing and was later released to a future court date.

Seized during the execution of the search warrants was:

As a result of the investigation, the subsequent search warrant executions and the seizure of the above items, the driver of the BMW is facing a total of 18 Criminal Code and CDSA charges that include the illegal possession and trafficking of cocaine and methamphetamine, weapons related charges and possession of proceeds of crime over $5000. He was held for a bail hearing and has been remanded into custody.

Due to the ongoing nature of this investigation, the names of the charged persons cannot be disclosed at this time.