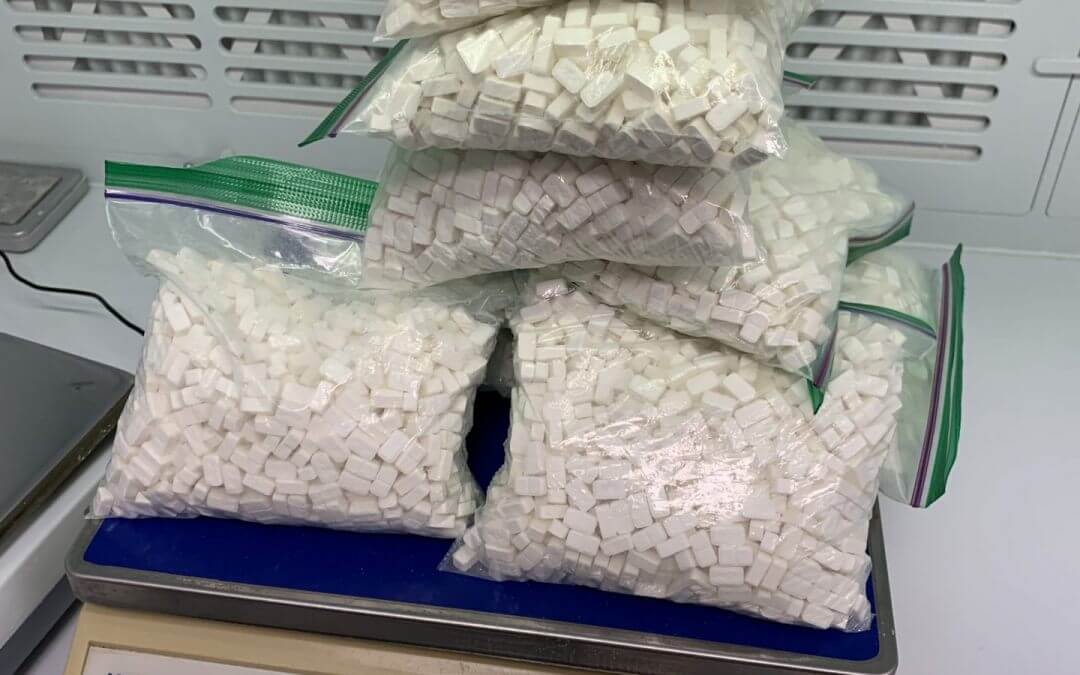 On Monday July 12, 2021, at 8:39 p.m., Barrie Police officers conducted a traffic stop involving a motor vehicle that had been travelling erratically on Hart Drive in the City of Barrie. The motor vehicle entered a nearby parking lot and the occupants attempted to flee on foot.

The driver, a 33-year old Barrie resident and the passenger, a 45-year old male from Spanish Ontario, when instructed to stop did so and returned to their motor vehicle as requested. At that time, police conducted an investigation which initially netted cannabis and methamphetamine that was in the car. A further search of the males resulted in a large quantity of Canadian currency being seized along with a prohibited weapon that one of the males was in possession of.

As the investigation continued, police learned that the arrested males had been staying in a nearby hotel and given the circumstances surrounding their arrest upon the hotel property, it was made clear that they were no longer welcome. Their belongings that were in the rented room were handed over to police who then transported the arrested males to Barrie Police Headquarters. A short time later while at Headquarters, 10 large zip-locked bags that contained suspected methamphetamine was found in the hotel surrendered belongings.

In total, police seized 11.1 pounds or 4.586 kilograms of suspected methamphetamine.

Both accused males were held for a bail hearing and have been remanded in custody.