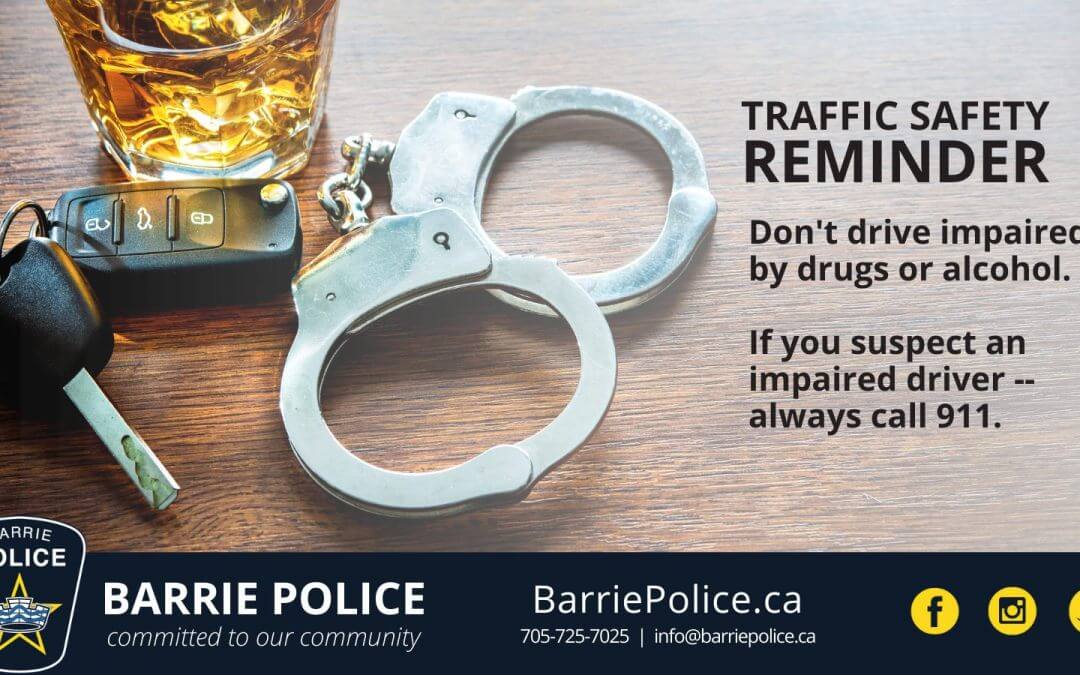 Working in partnership with our dedicated Traffic Services Unit, our Service currently has 65 certified Standardized Field Sobriety Test-trained officers and nine active Drug Recognition Evaluators that can be called upon to investigate suspected impaired drivers.

So far in 2021, the Barrie Police Service has responded to more than 300 calls for impaired drivers. That’s almost one every single day.

With more people planning a holiday get-together this year, the Barrie Police Service reminds drivers that impaired driving doesn’t just refer to impaired by alcohol. Any drug or alcohol substance, legal or illicit that may impair your ability to safely operate a vehicle, can cause impairment.

While the vast majority of drivers take precautions to ensure they arrive safely at their destination, there are unfortunately those who will make the choice to get behind the wheel when they are impaired. This puts them in danger, as well as others on the roads.

The following are some possible signs of an impaired driver, as shared by MADD Canada: