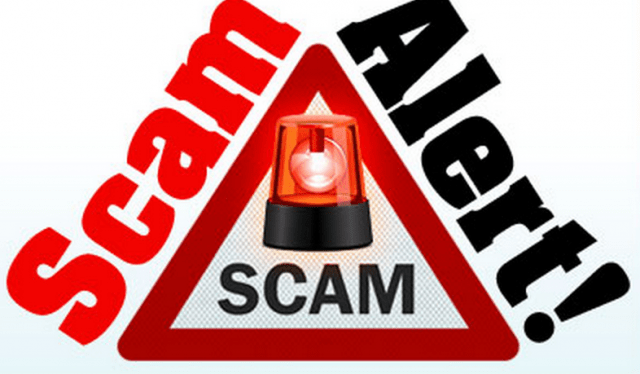 The life of a scammer does not normally involve taking a summer vacation because they have one focus and that is taking what rightfully belongs to you. They will work evenings, nights, long-weekends and even statutory holidays because they know that this is when most people, and in particular our senior and aging community members, are most vulnerable and likely to fall to their scheming and often manipulative and controlling tactics.

The Barrie Police Service, over the past couple of weeks, has seen some unique twists make their way into some well-established scams that we have warned the public about for years, but our message to everyone remains the same. Should you receive an unexpected call, email or text message from someone that you do not know, see a phone number that you do not recognize or an email from a sender that is not known to you, simply do not answer the phone or respond to the email or text message.

Those who work in the world of scamming others will often try to connect with you when you least expect it – early in the morning, during dinner time and later in the evening when you relaxing and preparing to go to bed. Whatever means of communication they choose doesn’t matter, but often what they will do is create a scenario that they have perfected which will cause you to act and react to everything they are conveying to you. The convincing and manipulative approach they employ often leaves you very little time to fully comprehend what is taking place that is until it is too late. Remember, if you don’t recognize the phone number or the email address, it is best to not answer the phone or open up the email or text message. The last person anyone should ever have in their life is a scammer.

Scammers can also present themselves in the good old fashioned way with a knock at your door. The advice that police offer with this approach is simple – if you didn’t call for someone to come to your home to carry out a repair or do something specific for you or you don’t recognize the individual, don’t open your door and the person will go away. If you open the door to a scammer, your life may never be the same – remember these people are strangers and one of the first lessons ever taught by a parent to a child is you NEVER talk to strangers.

Scammers have added technology to their toolbox of crime and have turned to online platforms to advertise and employ their tactics. In one recent scam, an advertisement was placed to rent a house. Two potential renters responded and after placing deposits on the home were informed that the house that they believed that they rented was not owned by the person that they had been dealing with. Fortunately, the Barrie Police were able to follow up and investigate both of these incidents and a 43-year female who resides in the City of Barrie and is now facing a number of fraud and theft related charges. She will have an opportunity to explain her unique approach to real estate to a judge in September; in the meantime, the victims are without the money that they gave her.

Barrie Police has also learned of a unique twist to the Canada Revenue Scam which has existed for many years. In this scam, a person answered a phone call from a person claiming to be from the Canada Revenue Agency (CRA) and that they owed money based upon a recent tax return review. The caller told the victim to purchase a number of Google Play gift cards which they did and to also attend a bitcoin ATM located in a Barrie area convenience store. Once at the store a bar code that was sent by text message was used along with money to complete the transaction.

The public is reminded that Google Play gift cards are used to make purchases for apps and music on Google Play and should never be used as a means to pay for anything outside the realm of Google. Once the code on the back of the card is shared, the scammer can use your money to make purchases and these will often be made long before you can contact Google, police or your bank.

We can stop these scams and the persons who carry them out by simply ignoring unsolicited calls, emails and text messages. If you are ever in doubt, ask yourself if this sounds too good to be true? If you can answer yes, then it likely is.

Should you ever answer your phone and a person trying to sound official says they are from Revenue Canada, or from your bank or you hear the words Google Play cards, Bitcoin, “if you don’t pay the money you owe you will be arrested” or “your bank account has been defrauded and we need you to support our investigation by sending money” then hang up and don’t ever answer that number again. If you ever doubt the validity of any of these types of calls, then call the CRA or your bank directly, a trusted family member or police for assistance – never keep it a secret as the scammer may suggest.

Fraud is preventable and the Barrie Police never want anyone to become the next victim. By never sharing any personal information (banking, credit cards, Social Insurance and Driver’s Licence numbers) you will be taking steps to ensure your personal and financial security.

For more information on fraud, call the Canadian Anti-Fraud Centre at 1-888-495-8501 or http://www.antifraudcentre.ca.

If you suspect you may be a target of fraud, or if you have already sent funds, don’t be embarrassed – you’re not alone.

If you want to report a fraud, or if you need more information, contact The Canadian Anti-Fraud Centre.

Subscribe to receive updates from the Barrie Police Service. Please select which categories of updates you would like to receive. You can add or remove categories at any time.