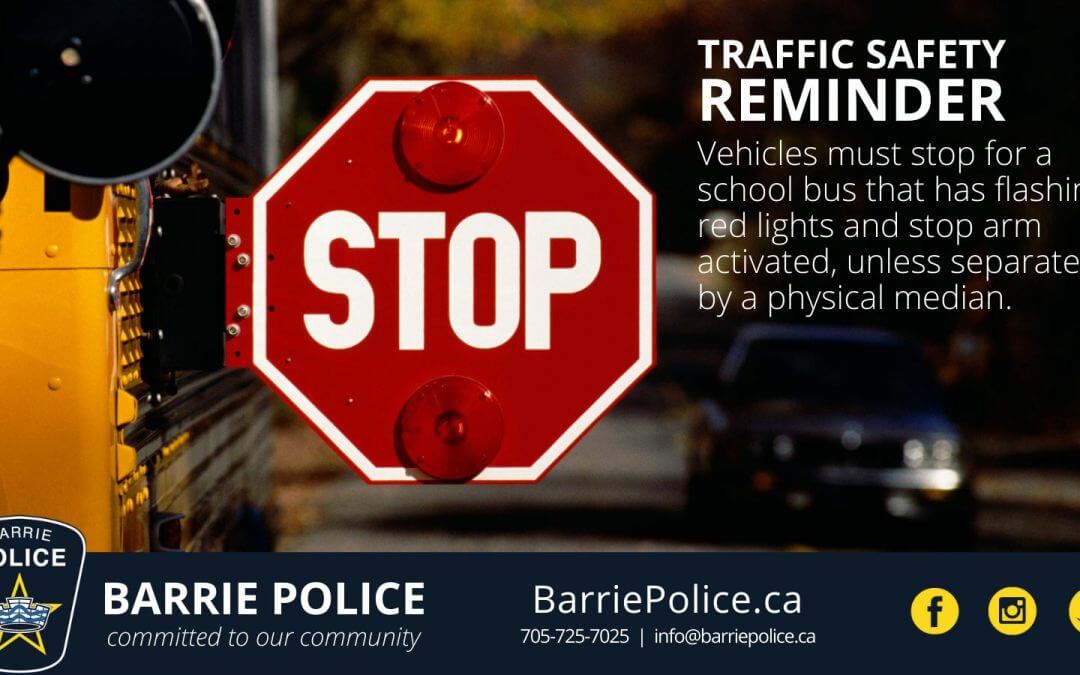 With students settled back at school after an extended period of online learning last spring, the Barrie Police Service Traffic Unit reminds motorists of the laws of the road that ensure students stay safe as they make their way to school.

When school buses stop to pick up or drop off students, drivers activate flashing red lights and a stop arm. Drivers on both sides of the road must stop until the lights have stopped flashing, and the stop arm is no longer activated. The only exception is on a road with a physical median, when traffic coming from the opposite direction is not required to stop, but vehicles traveling in the same direction must still stop.

Officers in the Traffic Services Unit work closely with school bus operators to investigate any reports of vehicles passing school buses. Members of the public can also report traffic complaints online at BarriePolice.ca/citizens-online-reporting/ and they will be investigated by the Traffic Unit.

Drivers can be charged if they pass a stopped school bus that has flashing red lights and stop arm activated. Registered Owners of a vehicle can also be charged if the driver cannot be identified.  For a first offence, fines range from $400 to $2,000 as well as six demerit points.

School zones also have additional safety measures to keep students safe including lower speed limits and higher fines. Motorists must watch for students making their way to and from school as well as safety patrollers who may be present to help other students.

In the month of September, BPS Traffic Unit officers have investigated numerous cases where drivers had failed to stop for the school bus, which resulted in several charges being laid.