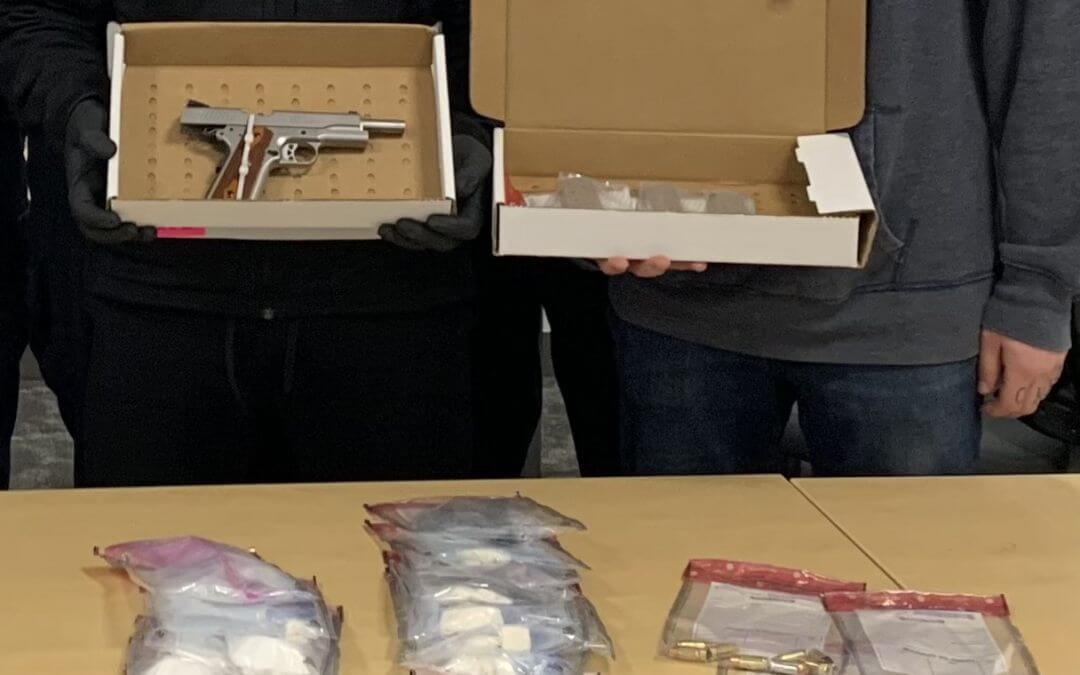 Upon entry to the residence, police initially located and arrested five males and three females and seized a quantity of fentanyl, cocaine, a stolen firearm, ammunition, and a large quantity of Canadian currency. From the investigation that followed, a total of 65 Criminal Code and Controlled Drugs and Substances Act charges were laid against 3 males and 35-year old female from Barrie, who was later released from custody on an Undertaking to appear in court at a later date. The males, a 27-year old from Barrie along with a 22-year old and 23-year old, both who are of no fixed address, were all held in custody pending a bail hearing. The other four persons arrested at the scene were all released unconditionally and are not facing any criminal charges.

The Barrie Police Service reminds the public that fentanyl is 100 times more potent than morphine, that two milligrams of pure fentanyl (the size of about four grains of salt) is enough to kill the average adult and combined with alcohol or other drugs, the risk of a fatal outcome is increased.