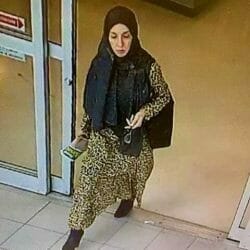 On Saturday, September 14, 2019, police responded to the Food Basics located at 555 Essa Road after it was determined that a female suspect entered the store shortly after 1:30pm., removed a quantity of over the counter non-prescription medication and ointments, placed them in a large purse and left the store without paying for them. The value of the stolen items is in excess of $850 and the entire incident was clearly captured by the store on video surveillance.

Police are seeking to identify the suspect who is described as:

Anyone with information on this theft is asked to contact Constable Claridge of the Barrie Police Service by email at [email protected]. You can also contact Crime Stoppers at 1-800-222-TIPS (8477) or leave an anonymous tip online at www.p3tips.com.