Stolen Car Crashes after Speeding Away from Police 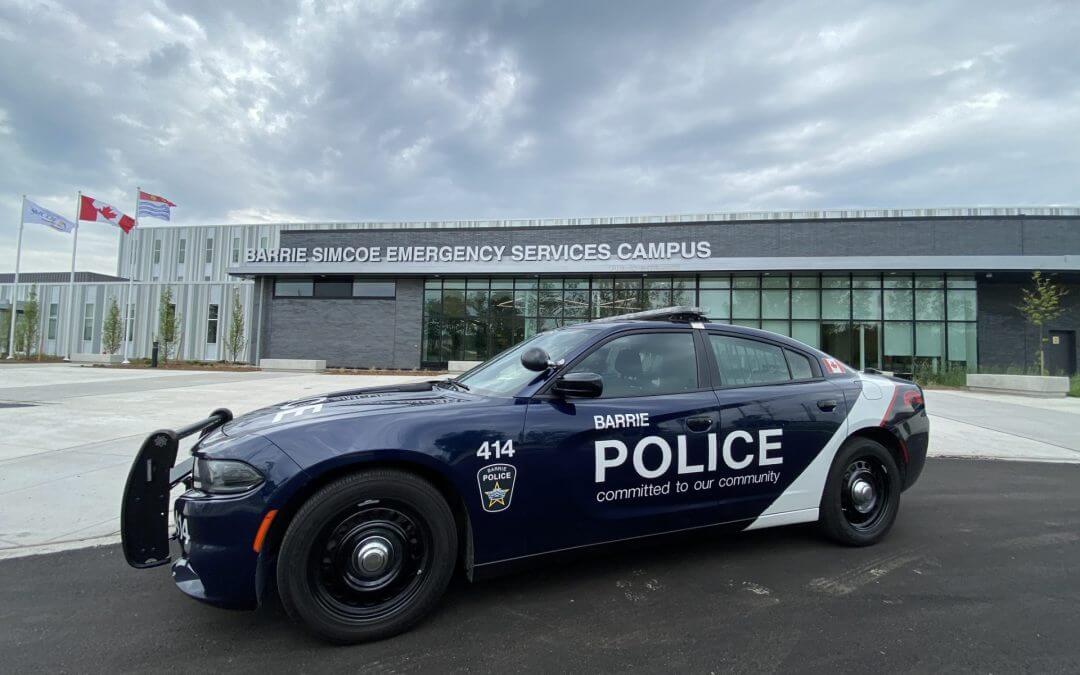 On Wednesday January 12, 2022, at 3:46 p.m., the Barrie Police Service was contacted after a motor vehicle was violently stolen from a restaurant parking lot located on Bayfield St.

The owners of the motor vehicle had just stopped at the Bayfield St. fast food restaurant which is just north of Coulter St. when an unknown male approached the mid-sized sport utility vehicle. As the male driver entered the restaurant, the unknown male jumped into the SUV and forced an elderly female passenger who had remained with the vehicle out of it. The vehicle sped away and responding officers attended to the Bayfield St. restaurant where details of the theft were obtained and a search for the stolen SUV and the suspect responsible was commenced.

Police in the area observed the SUV travelling eastbound on Park St. and activated their emergency equipment in an attempt to have the driver pullover and stop. The driver of the SUV failed to do so and continued southbound on Toronto St. at a high rate of speed having no regard for traffic signals that controlled a number of downtown intersections. The dangerous manner in which the SUV was being driven caused police to deactivate their emergency equipment and follow the vehicle at a safe distance.

As the SUV continued on Toronto St., it failed to stop for a red light at Simcoe St. and proceeded southbound, where it struck the rear of another southbound vehicle. The stolen SUV skidded across the centre median and when it came to a stop, the driver attempted to flee on foot only to be apprehended at 3:59 p.m. a short distance away by police.

The driver, a 27-year old male with no fixed address, was transported to Barrie Police Headquarters for further investigation while members of the Barrie Police Traffic Unit conducted the on scene collision investigation which closed Lakeshore Dr. between Toronto and Victoria Streets until shortly after 8:30 p.m.

The driver is currently facing criminal charges which include:

The accused has been held in custody and is scheduled to appear today, by video, for a bail hearing.