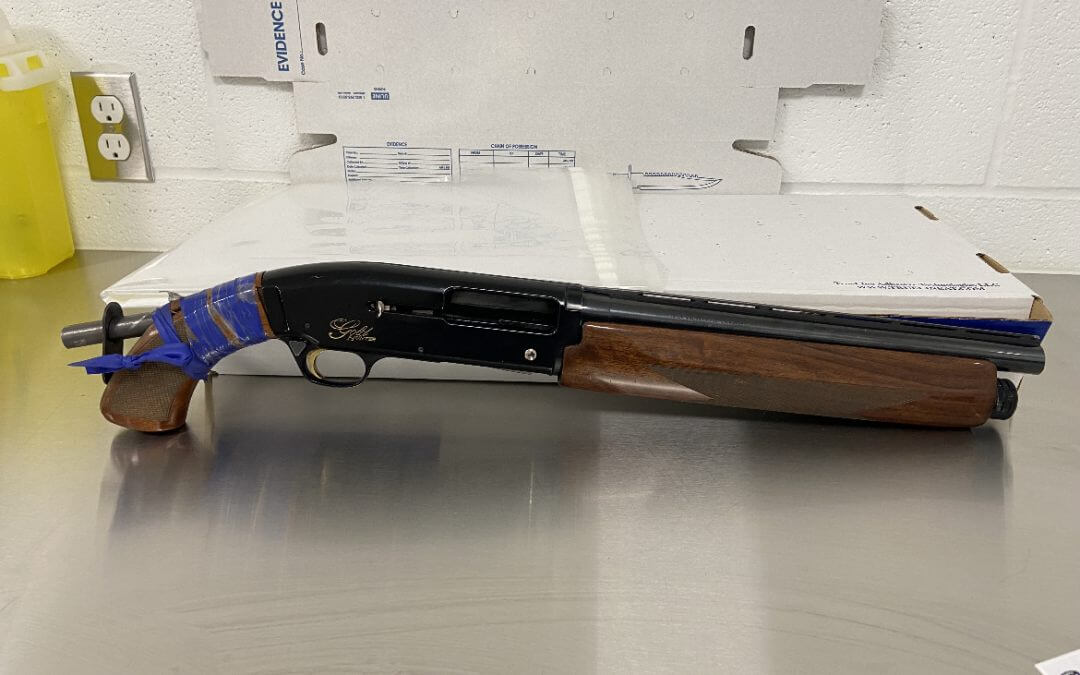 Yesterday morning, Barrie Police was conducting a patrol of Bayfield Street when a motor vehicle, that had been stolen during a residential break and enter on Sunday March 13, 2022, was located parked in a driveway.

Police attended the residence and as a result of the ongoing investigation, were able to initially determine that two people (one male and one female) within the home were wanted by police on an unrelated matters. As the investigation continued, a sawed-off shotgun was located and with the assistance of the canine unit, a male, who was wanted for the theft of the motor vehicle was found hiding in the home.

A total of six people (4 males and 2 females) were arrested and transported to Barrie Police Headquarters where the investigation continued under the direction of the Barrie Police Criminal Investigation Division.

A 29-year old male, who is of no fixed address, and was located hiding by the canine unit has been charged with 5 firearms related offences in regards to the seizure of the sawed-off shotgun, possession of property obtained by crime (stolen motor vehicle) and one Criminal Code related driving offence. He is presently being held in custody and will be appearing later today for a bail hearing via video.

With regards to the other arrested persons, three were released unconditionally and the male and female initially located and found to be wanted by police have been released on Undertakings with future court dates.