Suspect demands money from bank, but leaves before receiving it 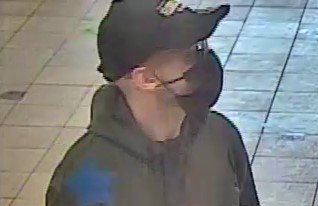 Uniformed officers immediately responded to the area and set up a perimeter which allowed the Barrie Police Canine Unit to try to the locate the suspect who had fled on foot after leaving the bank empty handed. During the canine track that followed, a discarded face mask was located at the rear of the bank, but as for the suspect, he was able to exit the area before the arrival of police.

From the investigation that followed that followed by detectives from the Barrie Police Investigative Services, it was determined that the suspect entered the bank at approximately 1:10 pm and produced a note stating that he was robbing the bank and demanded a specific amount of money. As the teller was preparing the money, the suspect grew impatient and abruptly walked out the bank without receiving what he had demanded. He was last observed walking southbound on Bayfield St. towards Livingstone St. E. and is described as male, white, mid-twenties, 5’8” tall, skinny build, wearing a black baseball hat with short blonde hair protruding from within, an oversized green pullover hoodie, with a tattoo on the right of his neck, possibly containing stars, wearing a black face mask.

The police investigation also revealed that when the person responsible for this incident initially produced the note, there was no mention of a weapon, one was never observed and there was no believed threat to public safety after the fact. 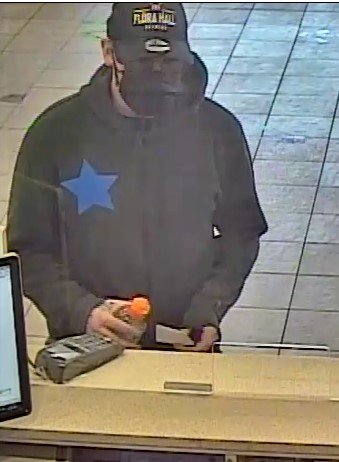