A string of LCBO thefts that started on December 27, 2021, came to an end yesterday morning after a 26-year-old male was arrested after committing another theft in the downtown area.

This investigation was coordinated by members of the Barrie Police Alternate Response Unit, and they are also responsible for initially identifying the male who now stands charged with 13 counts of Theft Under $5000. He has been held in custody and is scheduled to appear by video for a bail hearing later today.

The accused, who is of no fixed address, targeted LCBO locations on Big Bay Point Rd., Bayfield St. and on Mary St. and is responsible for stealing approximately $1300 in alcohol from these stores. None of the stolen property was recovered other than what was stolen in yesterday’s theft.

Although the now accused became known to police through the course of this ongoing investigation, his attempts to evade arrest were quickly detected as surveillance video clearly captured the acts and his changes in outerwear. The male tried to stay one step ahead by changing his jackets as video clearly showed him initially wearing a green jacket, followed by a blue jacket, but it was the end, it was a red jacket with a fur hood that allowed police to quickly locate him shortly after the 10:00 a.m. theft yesterday morning as he walked away, only to be arrested without incident on Dunlop St. 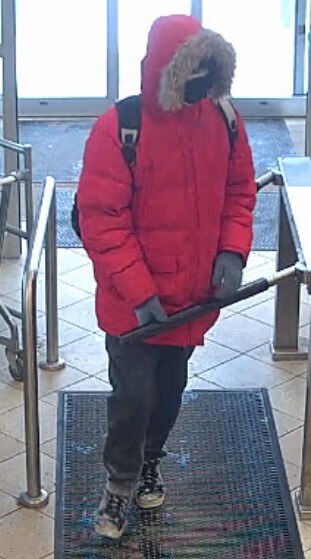