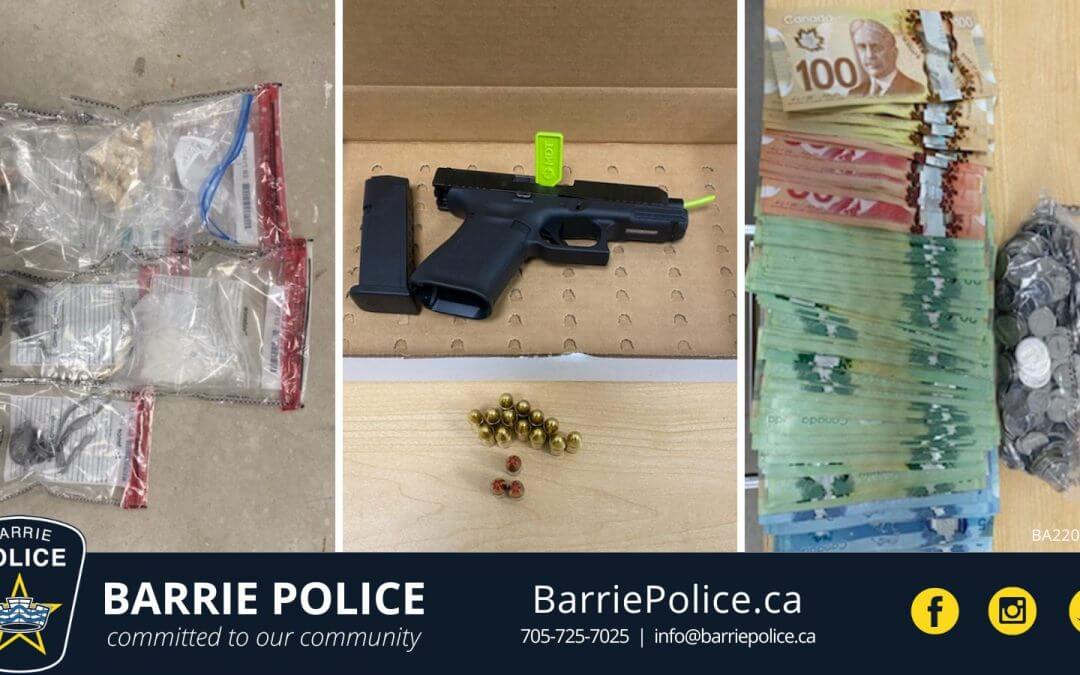 On the afternoon of Tuesday, August 30, Barrie Police responded to a report of a suspicious vehicle in the Collier Street parkade.

Police spoke to the male occupant of the vehicle, and after determining that the name he provided was false, police discovered he was in possession of a loaded firearm, and a large quantity of cash and drugs including:

A 21-year-old Markham male was arrested and charged with numerous firearm offenses, as well as charges related to possession of a controlled substance for the purpose of trafficking, possession of controlled drug substances, Obstruct Peace Officer, and Possession of Property Obtained by Crime over $5,000. The male was held pending a bail hearing.