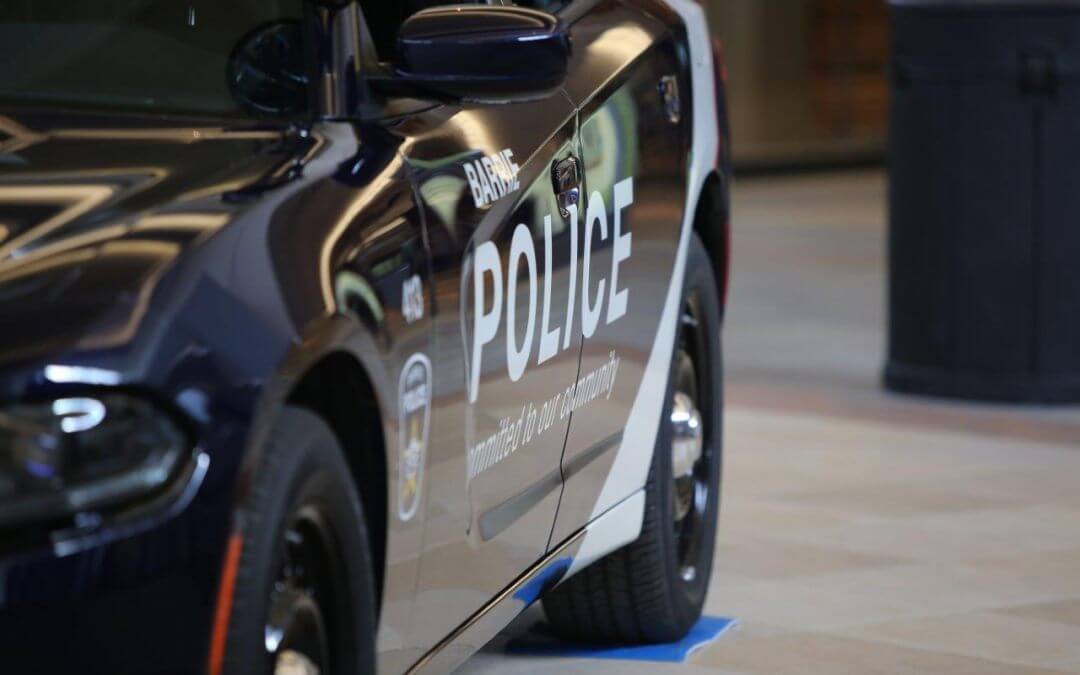 On Wednesday June 9, 2021, at approximately 9:30 p.m., Barrie Police responded to a report of a suspicious incident which originated in the downtown and ended in the area of Bradford St. and Vespra Rd.

The incident involved two adult females who were walking westbound on Dunlop St. from the area of the Five Points intersection and a male operating what is described as black Dodge RAM pick up truck. The victims report that as they crossed the intersection, they observed the driver of the pickup truck starring at them. The truck would drive by them slowly, stop ahead and wait for them to pass and repeat this strange sequence of events.

As the females approached the Dunlop St. and High St. construction area, they turned left onto High St. and continued southbound onto Bradford St. The driver of the pickup then maneuvered around the construction zone and eventually parked in front of the former Prince of Wales School. It was at this point that the male began to shout at the two females (unknown what exactly was said) and at one point opened the door of his truck and got out and began to approach them. The driver then jumped into his truck as the females ran towards the Tim Horton’s and was last seen westbound on Vespra St.

If anyone recognizes the description of this male or the pickup truck involved, you are encouraged to contact the Barrie Police by emailing the investigating officer Constable Curtis Fisher at [email protected] or you can call Crime Stoppers anonymously at 1-800-222-TIPS or leave an anonymous tip online at www.p3tips.com.