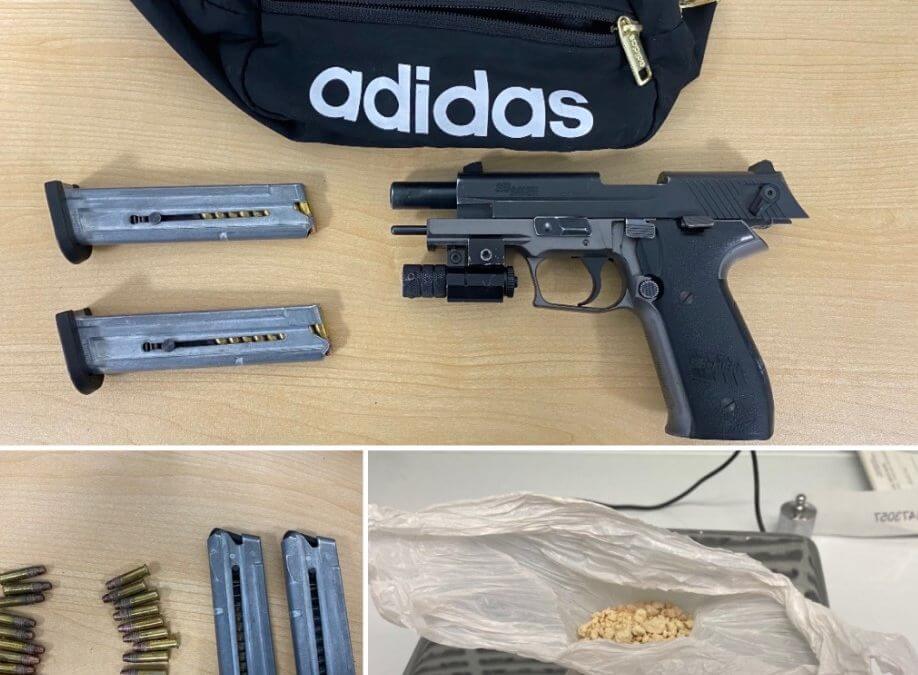 On Saturday, February 19, 2022, Barrie Police responded to a report of a suspicious vehicle and occupants attending a Wellington St. E. residence.

Police located the vehicle and through the investigation that followed, determined that the passenger was failing to comply with a court order. While attempting to arrest the 26-year-old Wasaga Beach resident, a struggle ensued, and the male attempted to access a pouch he was wearing around his waist. After the arrest, police located a fully loaded firearm in the pouch and a quantity of suspected fentanyl and cocaine in the car.

The driver, a 49-year-old male, also from Wasaga Beach, was also arrested and both the males were transported to Barrie Police Headquarters. 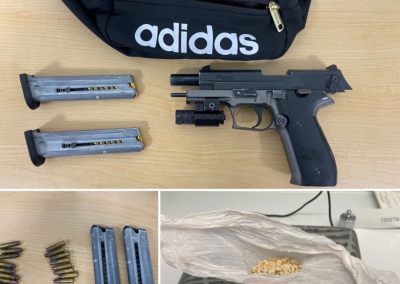