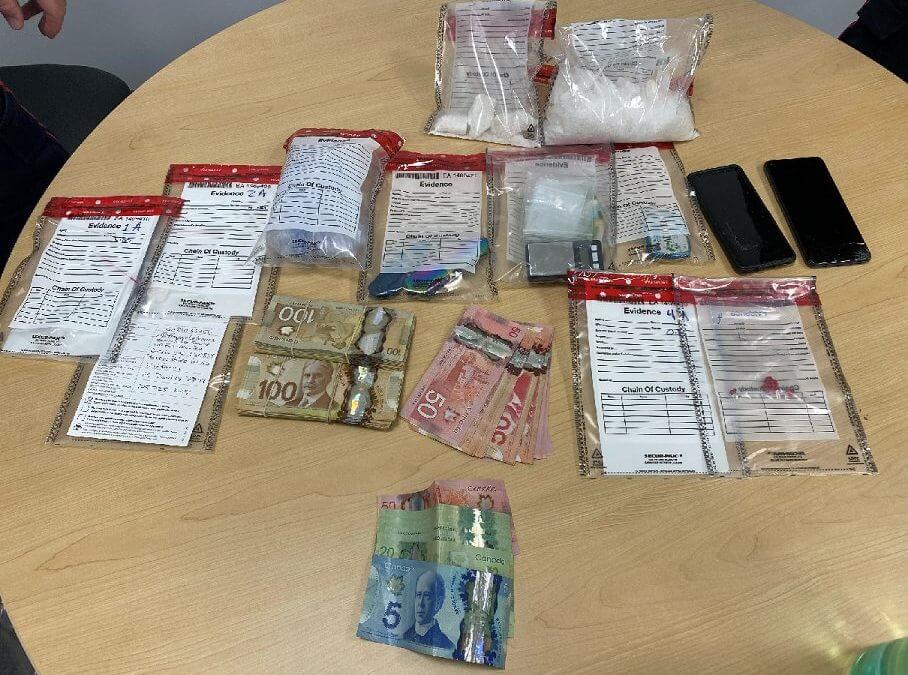 On June 28, Barrie Police responded to a report of a suspicious person attempting to rent a hotel room using someone else’s credit card. As a result of the investigation, a 62-year-old Walkerton woman was arrested and found to be in possession of more than 500 grams of Crystal Meth, a quantity of Fentanyl, and two prohibited weapons. Officers also seized more than $20,000 in cash and a vehicle driven by the accused.