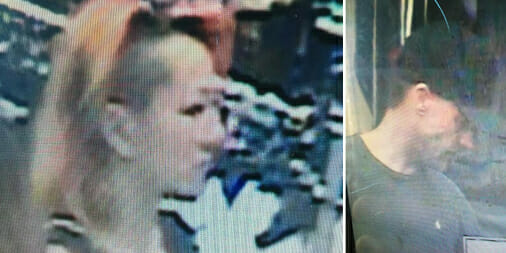 The Barrie Police Service is appealing to the public for assistance after a theft was reported at a business located in the City of Barrie.

On Thursday, July 25, 2019 at approximately 6:52 p.m., police responded to the Hudson’s Bay store located at 465 Bayfield Street in response to a shoplift occurrence. Prior to arrival, police were informed that a male and female had just exited the rear of the store with numerous items heading towards Livingstone Street. It is believed that they left the area in a taxi cab that was headed towards St. Vincent Street

The store video surveillance cameras clearly showed the suspects in the men’s sports section where they selected a large quantity of clothing and then exited the store without paying for the selected items.

The suspects are described as: male white, short black hair wearing a black t-shirt and black and the female is 5’4 with dyed blonde hair shaved on the right side.