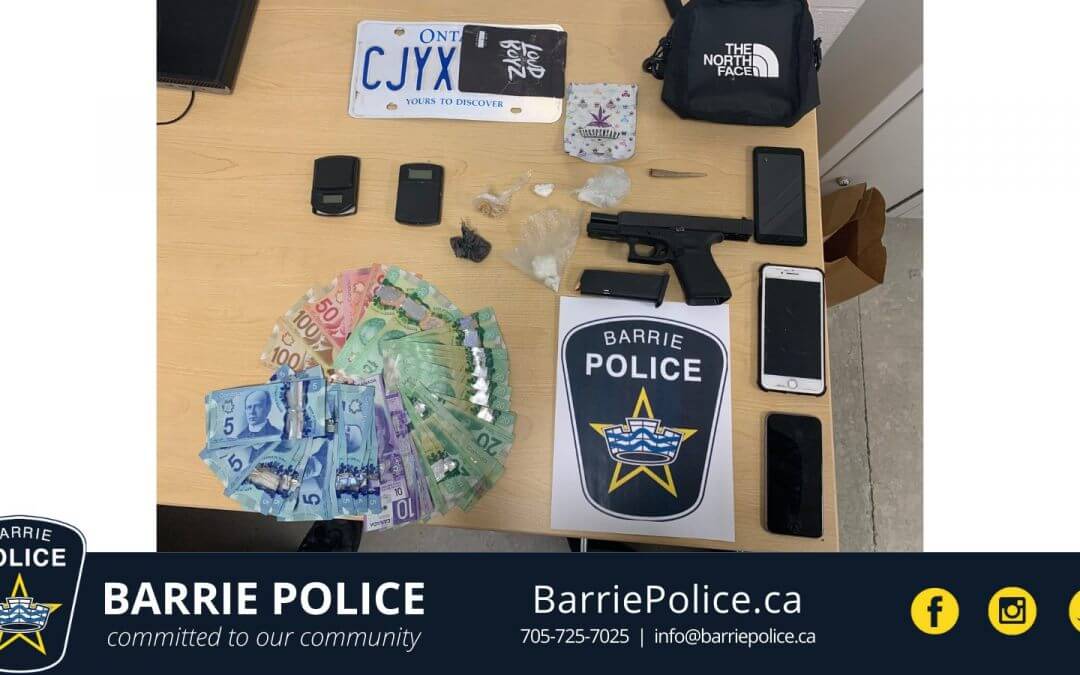 On December 21st, after conducting a traffic stop in the area of Essa Road and Highway 400, officers observed a cannabis cigarette on the lap of the driver. During the investigation, it was also determined that the driver was a suspended driver, and he was arrested without incident.

A 28-year-old male from Brampton is now facing more than a dozen drug and weapons charges.

The male was held in custody, awaiting a bail hearing.