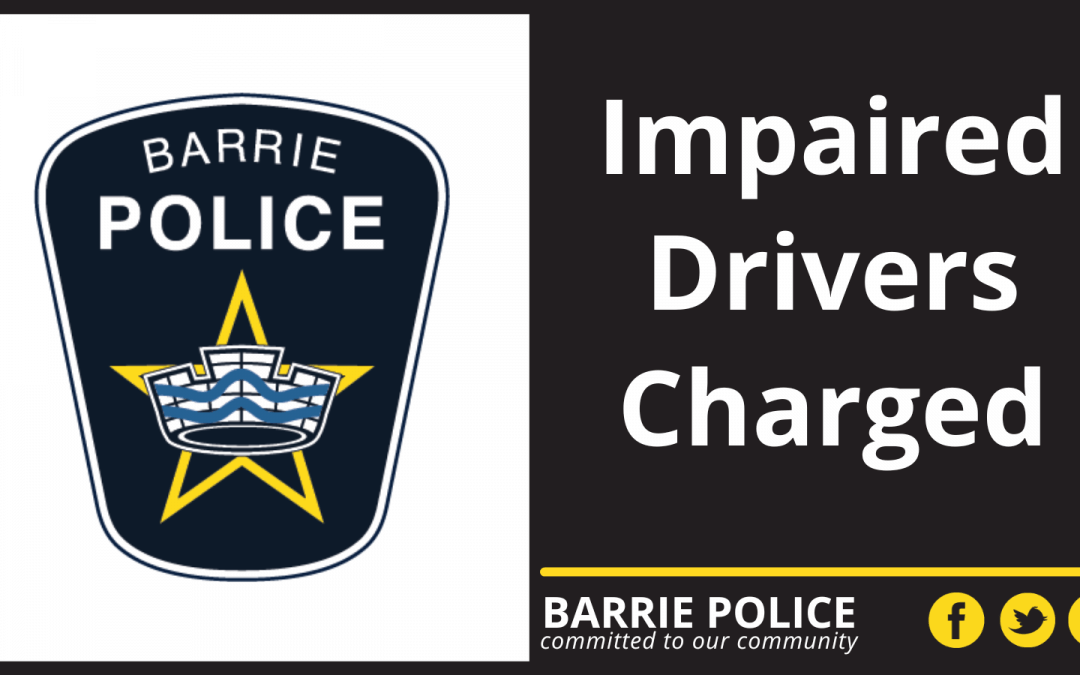 Yesterday, Barrie Police responded to a report of two collisions and in the end, two drivers were arrested for impaired driving.

The first collision was reported to police at 2:28 a.m. after a 22-year-old male from Orillia struck a parked car, reversed into a second and almost struck a pedestrian as he fled the scene. The fail to remain vehicle was then observed in the area of Chase McEachern Way and Bayfield St. where the collisions had occurred as police were speaking with witnesses. A short distance later, the responding officers were able to safely get the car stopped and took the driver into custody. He was transported to Barrie Police Headquarters and was charged with Operation while Impaired, Adult Operator Drive over .80mgs and Dangerous Operation of a Motor Vehicle.

The second collision occurred at 9:46 p.m. on Wellington St. E. as a motor vehicle lost control on a corner, struck a utility pole, and rolled over. This driver decided to run from the scene, but with the assistance of witnesses was located a short distance away and arrested without incident. This 50-year-old male from Barrie was taken to Barrie Police Headquarters where in investigation continued. As a result, he has been charged with Dangerous Operation of a Motor Vehicle, Operation while Impaired, Adult Operator Drive over .80mgs as well as a number of Highway Traffic Act charges and one under the Compulsory Automobile Insurance Act.

Both drivers, who were uninjured, are scheduled to appear at the Ontario Court of Justice located in Barrie on December 19, 2022, to answer to the charges that have been laid.

Motorists are reminded that both of these collisions were preventable if the involved drivers had simply made the right decision and chosen to not drive after they had been consuming alcoholic beverages.